A Celebration of Music by the Greatest

Woman Composer of Her Time 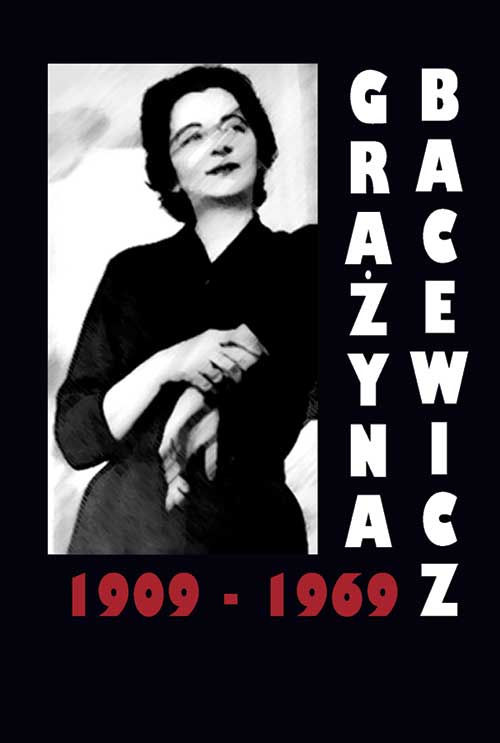 Throughout the centuries, the history of Polish music has had a great number of prominent composers, who made significant contributions to the Western Music literature. Yet, for the longest time, among all the long list of names there was only one woman, Maria Szymanowska (1789-1831). A virtuoso pianist and a path-breaking composer, she was an important precursor to Chopin. Her fame extended from Warsaw, London and Paris to Berlin, Moscow and Saint Petersburg, where Szymanowska was a Court Pianist to the Empress of Russia. Szymanowska’s rich social life revolved around the literary world—Goethe was in love with her, Mickiewicz was part of her household (he married one of Szymanowska’s daughters), Gogol and Pushkin were her close friends and habitués of her salon soirees in the capital of Imperial Russia.

Almost a century after Szymanowska’s death had to pass before another Polish woman composer would enter the scene. Grażyna Bacewicz was born in Łódź in 1909. She came from a musical family and studied music in Łódź and Warsaw, later spending two years in Paris. Equally proficient in violin and piano, she gave numerous concerts (mainly as violinist) in the 1930s and served as concertmaster of the Warsaw Radio Orchestra in the mid 1930s. Just like Szymanowska, Bacewicz was also deeply interested in literature and was an accomplished writer, publishing a collection of stories and a theatre play as well as leaving several novels in manuscript. After sustaining serious injuries in a car accident in 1954, Bacewicz devoted the remaining years of her life to composition. She was a prolific writer with a huge catalogue of compositions, which includes four symphonies and various other orchestral works, chamber music (with seven string quartets and numerous sonatas for violin and piano, and solo works for strings), as well as concertos, two piano sonatas, sets of suites and etudes for piano, and a number of vocal works. She died in Warsaw in 1969 after a brief illness.

Bacewicz’s great international reputation included several international awards for composition and opened the door to a new generation of women composers. Following in the footsteps of their illustrious colleagues, the list of Polish women composers is now quite substantial. Among the many names especially prominent are: Krystyna Moszumańska-Nazar (1924-2008), Bernadetta Matuszczak (b. 1931), Marta Ptaszyńska (b. 1943), Elżbieta Sikora (b. 1944), Joanna Bruzdowicz (b. 1943) and Lidia Zielińska (b. 1953), among others.

There is one more among the First Ladies of Polish music. Her name is Wanda Wilk and, as the founder and first Director of the PMC, she was instrumental in bringing Polish music to Southern California. As a part of her mission to popularize all Polish music, Mrs. Wilk particularly focused on women composers. Her projects included recordings by women musicians and of women composers (e.g. Nancy Fierro – “Rags and Riches”), articles (e.g. “An Outline History of Women Composers in Poland”), and book publishing (e.g. Judith Rosen Grażyna Bacewicz: Her Life and Works). Wanda Wilk died in February 2009, but her memory will live on through the continued outreach of the Polish Music Center. Our spring concert on March 28, 2009 will be dedicated to her memory. Fittingly, this concert will present compositions of Grażyna Bacewicz on the occasion of the one hundredth anniversary of her birth and the fortieth anniversary of her death. The admission is free and the music begins at 3 p.m.

During the Bacewicz Centenary Concert on Saturday, March 28, the Polish Music Center at USC’s Thornton School of Music celebrated two women who have left their marks on Polish music in different but significant ways. Honoring the 100th anniversary of the birth of Grażyna Bacewicz and the recent passing of PMC Founder Wanda Wilk, the concert at Newman Recital Hall was a fitting tribute to both of these extraordinary women.

After a brief introduction by PMC Director Marek Zebrowski, Diane Wilk-Burch offered a touching remembrance of her mother, who was certainly “smiling down at everybody who is here at the concert.” As Ms. Wilk-Burch read a page from her mother’s voluminous notes and reflections, her words showcased the late Mrs. Wilk’s deep love of music as well as her great appreciation for musical humor.

As one of the most celebrated female Polish composers, and one of the most prolific, Bacewicz’s works offer virtuosic challenges to the performer yet remain instantly accessible and enjoyable by any audience. Such was the case with this all-Bacewicz program, which featured selections that demonstrated the composer’s range of musical expression and her facility with multiple forms and ensembles. The Luther Quartet opened the afternoon with an impressive performance of the String Quartet No. 4, a composition that won Bacewicz the First Prize at the International Composers Competition in 1951. This piece features a remarkable range of emotion, and the performers deftly brought this to life to the delight of the audience.

The second composition on the program, Sonata No. 2 for piano, is an example of the composer pushing the performer technically as well as emotionally, and challenging the audience with more dense and complex tones. Susan Svrček gave a lively performance, clearly taking delight in the energy and richness of the material.

The afternoon concluded with a performance of an earlier work, the Quintet for Winds. Bacewicz was only 24 years old when she composed this piece, and it maintains a youthful playfulness while demonstrating her emerging talent for composition. The performance by Midnight Winds was a rousing finale to the afternoon. Taken as a whole, this celebratory concert demonstrated both the enduring qualities of Grażyna Bacewicz’s music and the lasting effect of Wanda Wilk’s mission to preserve and promote the work of Polish composers.

Kenneth Requa comes from a deeply musical family and has a background in piano, saxophone and bassoon.  He currently works in post-production for film and television. He is an honorary Pole by marriage.