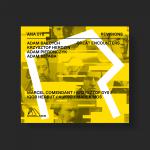 The ‘Great Encounters’ album, marking 75 years of PWM Edition, highlights performers’ meetings with excellent music and the encounters of great personalities from the past with composers who enjoy successes in our own times. Fryderyk Chopin, Henryk Wieniawski, Stanisław Moniuszko, Karol Szymanowski,and Ignacy Jan Paderewski did for Polish music what the three great Romantic bards and the giants of positivistic novels achieved in the field of literature. Their music not only impresses audiences with its beautiful form and emotional charge, but also provides modern-day artists with an inexhaustible source of inspiration. That music preserves for us the idiom of Polishness, to which, willy-nilly, by way of homage or rebellion, successful generations of artists and music lovers continue to return as a point of reference. On ‘Great Encounters,’ this is done by the most outstanding representatives of Polish jazz and popular music.

Bearing the symbolic catalogue number ANA 075 and released in the ‘Revisions’ series under the ANAKLASIS label associated with PWM, the anniversary album ‘Great Encounters’ features seminal classical works performed by contemporary masters of Polish jazz and popular music. The versatile pianist, much sought-after arranger, composer, conductor, and producer Krzysztof Herdzin reimagines the works of Fryderyk Chopin (Senza Scherzare is a fantasy on the themes of Chopin’s Scherzo in B-Flat Minor Op. 31, scored for an improvising pianist and string orchestra) and Ignacy Jan Paderewski (Passeggiata Notturna, a fantasy on the theme of Nocturne in B-Flat Major Op. 16 No. 4, for the same performing forces).

Adam Sztaba’s project ŁeMkONIUSZKO gives Stanisław Moniuszko’s songs a new and original though doubly traditional perspective, drawing not only on the original scores but also on the musical heritage of the region of Lemkivshchyna. You will hear the songs Two Auroras, The Fiddler and A Singer in Foreign Parts in the daring interpretations of Igor Herbut. Saxophonist Adam Pierończyk sheds new light on one of Szymanowski’s études, whereas visionary violinist Adam Bałdych, boasting a unique sound, plays the solo part in Kuyawiak for violin, piano, cimbalom and orchestra, entering into a dialogue with composer Henryk Wieniawski.

The album we now present to you is of special and symbolic significance to our publishing house. It is also a sign of the times; a bridge between the sounds of the past, art’s present day, and the future of music; placing what was, is, and will be on a par. It brings together old and contemporary masters.The latter musicians approach the Polish musical tradition with both respect and creative imagination. Though Adam Bałdych, Krzysztof Herdzin, Adam Pierończyk, and Adam Sztaba represent different aesthetic worlds, in many cases far removed from the philharmonic repertoire, they are all distinguished by extraordinary sensitivity, superb musical intuition, and splendid composition technique. Their contributions, combined with the talents and genuine commitment of the other performers: Igor Herbut, Krzysztof Dys, Marcel Comendant, and the phenomenal AUKSO – Chamber Orchestra of the City of Tychy under the unrivalled Marek Moś, together guarantee the best quality artistic experience.

‘Great Encounters’ was released on 6 June in both CD and LP versions, and is available for purchase at PWM’s brick-and-mortar bookshop, at pwm.com.pl, swiatksiazki.pl, and empik.com, as well as at all the best music shops and bookstores.

Music is normally supposed to be listened to. Still, it also flows through our other senses. Is it, however, connected with them in a necessary and inseparable manner? After all, we can close our eyes, open up our imagination, and let unexpected experiences flow through our minds. On its new 2CD release from the ‘Portraits’ series, the ANAKLASIS label invites you to play with your experiences and expectations. The album Acousmatic Music presents the philosophy of music as interpreted by one of the most intriguing contemporary composers—Marcin Stańczyk.

Marcin Stańczyk, pupil of, among others, Zygmunt Krauze and Ivan Fedele, has won prizes in many international composers’ competitions, including (as the only Pole) the Toru Takemitsu Composition Award, Japan’s most prestigious prize in the field of composition. He is an artist who both seeks and finds solutions, asks questions and provides us with answers.

The four works that make up this 2CD program originated in reflection on the essence and the perception of music.

The performers of this unique music contained on the new ANAKLASIS album are leaders in their fields: original singer and equally outstanding composer Agata Zubel; the double-bell trumpet player Marco Blaauw, as well as world-famous ensembles: E-MEX, Musikfabrik, and the Lutosławski Quartet.