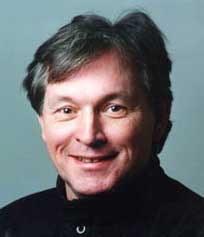 Many of his artistic activities took place outside Poland: in the U.S. (where he taught piano at the Cleveland State University), France (where he was an artistic adviser at IRCAM in Paris), and in Berlin (where he was an artist in residence). He has given master classes for pianists at the Jerusalem Music Center, Music Academy in Stockholm, Osaka College of Music, Indiana University in Bloomington, Music Academy in Basel. He was also visiting professor of composition at Yale University in New Haven.

In acknowledgement of his accomplishments he was decorated with the Silver Cross of Merit (Poland, 1975), and in 1984 in France he was awarded the title of Chevalier dans l’ordre des Arts et des Lettres. In 1988 he won the annual prize of the Polish Composers Union and in 1989 the Prize of the Ministry of Culture in Poland.

Krauze is best known as a composer of “unistic” music [muzyka unistyczna]. He abandons form in the traditional sense and deprives his music of the dramatic development, of the tensions, climaxes, contrasts, and typical emotions. According to Krauze, in this static music “everything that the listener discovers in the first few seconds will last to the end without any surprise.” The audience are encouraged to notice the changeability and motion of the apparently unchanging material, to distinguish the smallest elements in the glimmering sound texture, to focus on the most subtle nuances. The composer worked out this formula in such works from the 1960s as Five Unistic Piano Pieces, Polychromy, and Pieces for Orchestra No. 1 and No. 2.

Krauze further explores the inherently “spatial” concept of unistic music in the physical performance space. Sometimes he fills it with loudspeakers simultaneously playing layers of music (Spatial-Musical Composition No. 1 and No. 2, Rivière souterraine). He also creates “music from other music” and “music of the return to the roots.” The original folk material used in his compositions is not treated as a source of inspiration for artistic transformations. Instead, it is “pasted” on to a foreign aesthetic world thus combining music of different conventions and provoking unusual associations. The tendency to quote extends to Krauze’s selection of instruments, including borrowings from folk, early music, and childhood repertories combined with traditional instruments of classical music.

More recent compositions continue to be process-oriented and feature quotations and unusual combinations of sounds and instruments. Critics described Krauze’s piano sonorities as “strange and delightful” [in the Piano Concerto of 1976; Paul Griffith, New York Times, 1997] and wrote about the “quaint gentleness of his [unistic] music which, after all does not exclude the more forceful accents of energy and power” [Bohdan Pociej, Ruch Muzyczny, 1996].

Krauze’s activity as a performer led to the creation of his Music Workshop which played an important role in Polish musical life. By presenting numerous new compositions, most often written especially for this group, the ensemble became a real experimental workshop, both in the field of composition and contemporary music performance. Krauze was the first in Poland to create new “performance forms” where the performance consists of the visual as well as the musical elements.

As a pianist, he premiered his own piano works and continued giving solo recitals, entitled since the 1970s The Last Recital. The programs of these concerts included, in addition to contemporary music, various quotations from well-known classical and romantic repertoires, transformed and deformed in unusual ways. Thus, Krauze’s activities as a performer entered the arena of post-modernism, of playing with conventions.

Zygmunt Krauze’s music has been published by Agencja Autorska, Durand, Editions Amphion, Peters, PWM, Ricordi, and Universal Editions. His works have been recorded on CD by Sony, EMI, Collins Classics, Muza, ORF, Thesis, and Nonesuch, among others.

“Zygmunt Krauze’s Commencement is an impressive piece of music: the calls demanding in their harshness, the trills on a short, suspended motif, descending in a manner which cannot easily be perceived–in the style of American repetitive music–in order to bedazzle with the brilliance of colors in the middle range, while simultaneously threatening with a dark murmuring in the bass register: the cannons hidden under the flowers? These lofty, vibrating sound draperies assumed at times a quality straight from the 17th century greatest personalities, something of the Couperins.” [Jacques Lonchampt, Le Monde, 6 March 1982]

Krauze About His Music

The origins of my work as a composer are tightly connected with the creative output of Władysław Strzemiński. Indeed, all the most important musical inspirations–I am talking here about early 1960s and even the end of the 1950s–were connected with the fine arts, and in particular with constructivism, especially as represented by Strzemiński. The most important moment was my visit to a retrospective exhibition of Strzemiński’s work held in 1957 in Łódz. This was the turning point. At that time I realized that both his art and what I read is the source from which I might draw. Strzemiński used such notions as form, color, movement, texture, which are also characteristic for music. My goal was to translate his theory into sound, to translate into my music what he had created and invented. This is mostly connected to the theory of “unism,” i.e. a theory completely opposed to Baroque art, a theory which required a unity of elements, the elimination of contrasts, the concern for the form which was homogeneous, seemingly created from a single unit. [Krauze in Sound, Word, Image, Thought. 1997]