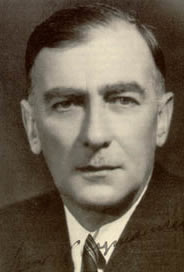 Karol Szymanowski was born on October 3, 1882, on his family’s estate in Tymoszówka (now Ukraine). He was raised in a strong musicial, conservative family. Szymanowski began his music education with his father and continued at Neuhaus’s school in Elisavetgrad. In 1901 he went to Warsaw for more regular studies in music. From that year until 1904 he had private lessons with Zawirski for harmony and with Zygmunt Noskowski for counterpoint and composition. His creative output may be divided into four periods: early career, the World War I period, the 1920s, and 1930s. Early musical studies and activities in Warsaw date from 1901 until 1906 and include membership in a Society for Performing Contemporary Polish Music. During the years 1907-14 Szymanowski travelled extensively in Germany, Italy, France and England. In the years 1914 – 1917 he remained in Tymoszówka where he studied and composed with a renewed intensity. Unfortunately, in the fall of 1917 the Szymanowski’s house was destroyed and the family moved to Elisavetgrad. For nearly two years Szymanowski exchanged music for literature. He wrote a long novel, Efebos, which was lost in the Warsaw fires of 1939. Towards the end of 1919 he settled in Warsaw. Together with his friends, violinist Pawel Kochański and pianist Artur Rubinstein, Szymanowski twice travelled to the USA by way of London in 1920-21, giving concerts that met with critical and popular success. During the years 1924-26 Szymanowski received increasing recognition at home, despite the opposition of conservative sections of musical society. He spent a lot of time in Paris, chiefly for the many performances of his compositions.

Szymanowski received many high distinctions and was appointed to numerous international societies. In 1927 he was offered the directorships of the conservatories of Cairo and Warsaw. He chose Warsaw, despite the much better terms of Egyptian invitation and the opportunity of living in a climate which would have benefited his health, threatened since early childhood by tuberculosis. Szymanowski saw the Warsaw post as an opportunity to re-invigorate Polish music education, neglected during the years of partition, and to form a new generation of Polish composers. The years 1927-29 were entirely taken up by his campaign to established a new model of training, to open wide horizons to the young and to provide them with a thorough knowledge of composition. He achieved his aim, but at a very high cost: these were years of creative stagnation and of great physical and nervous stress, which led to a serious crisis in his health. His pulmonary tuberculosis advanced seriously and he had to give up his duties and go to a sanatorium in Davos. There he remained for almost a year, writing a treatise, “The educational role of musical culture in society.” The next two years (1930-31) were the period of his greatest stability, success and prosperity. He rented a house “Atma” in Zakopane. In 1930 he was appointed rector of the Warsaw Academy of Music and made an honorary doctor of Kraków’s Jagiellonian University. He was elected to the highly select group of honorary members of the ISCM. The Stabat Mater brought him widespread renown, and in 1932 the opera King Roger was presented in Prague. In April 1936 he experienced his greatest popular success when his ballet Harnasie, which had received its premiere in Prague in the previous year, was presented at the Paris Opera and was highly praised by critics and public alike. He died shortly after a move to a sanatorium in Lausanne on 24 March, 1937.

Songs and Choruses for voice and piano

Three Songs to the poems of Jan Kasprowicz – 1902

Songs of the Infatuated Muezzin to words by J. Iwaszkiewicz – 1918