In addition to four manuscript scores of works by Krzysztof Meyer personally delivered by the composer during his recent PMC visit, we have received other fascinating items for our library, including a variety of CD recordings as well as books and commemorative albums.

Most importantly, our Manuscript Collection has been augmented by four new scores by Krzysztof Meyer, and our library received thirteen more CDs featuring a great variety of his solo, chamber and orchestral works. We now have a total of seven manuscript scores and a number of manuscript sketches by Meyer, and with the additional CDs, the PMC’s listening library now holds practically all of his recorded works on our shelves. (For more details see the article “Krzysztof Meyer at PMC”).

Steve and Alice Cass, our great friends and generous supporters of the Paderewski Festival in Paso Robles, recently donated to us a truly fascinating and unique book by George O. Jarvis—A History of the Revolutions in Europe since the Downfall of Napoleon, published in Hartford, Connecticut in 1831. Written in the aftermath of the failed 1830 Polish uprising against Russia, this rare volume features an extensive, early 19th century analysis of Poland’s history as seen by an American patriot and scholar. 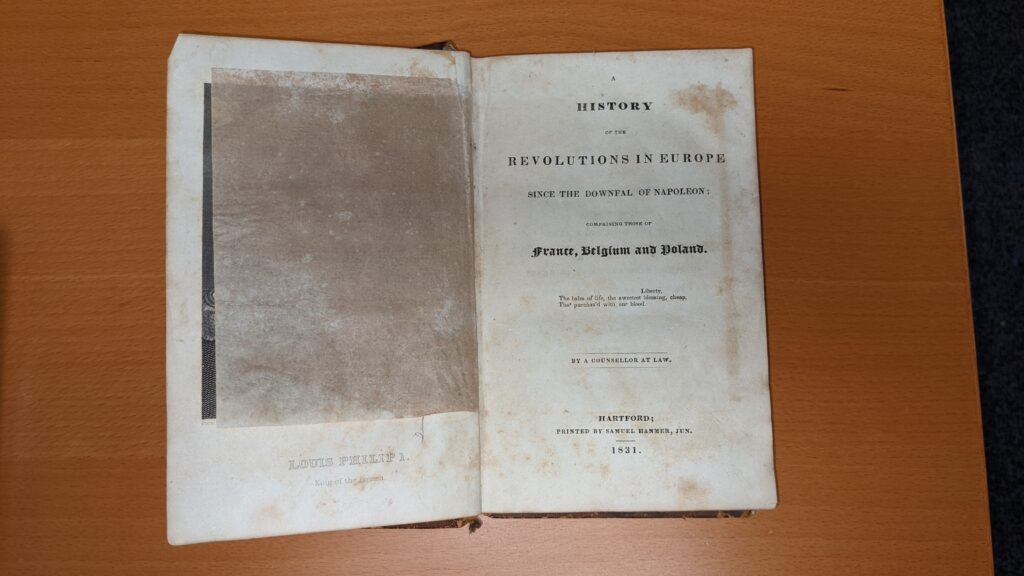 Dr. Maja Trochimczyk, former PMC director and a long-time board member and president of the Helena Modjeska Art and

Culture Club of Los Angeles donated to us two copies of a recently published Polish-language album commemorating the Club’s 50th anniversary. Founded in 1971 to promote Polish cultural heritage, the Modjeska Club has sponsored a long and impressive list of events all over Southern California, ranging from theatre and film performances to exhibits and concerts, as well as meetings with artists and authors, politicians and journalists, and other prominent figures in contemporary Polish

life. It is presented as a series of reviews and essays about their events, one of which was originally written by PMC Assistant Director Krysta Close for this Newsletter. This large-format, richly-illustrated volume will serve as a great resource for anyone interested in the Modjeska Club’s history. 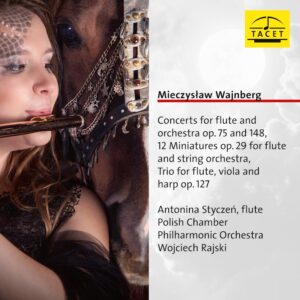 Antonina Styczeń, a virtuoso Polish flutist currently living in Orange County, came by the PMC recently to make some musical and personal connections as she plans to start an advanced degree at the USC Thornton School of Music next fall. Interested in contemporary composers and in building monographic concerts to be presented both locally and on the East Coast (where she studied earlier), Ms. Styczeń graciously donated her CD of flute music by Mieczysław Weinberg recorded a few years ago with the Polish Chamber Philharmonic Orchestra, directed by Wojciech Rajski. Ms. Styczeń’s disc includes Weinberg’s two flute concerti (Op. 75 and 148) as well as Trio for Flute, Viola and Harp, Op. 127. This fascinating CD also includes a premiere recording of 12 Miniatures for Flute and String Orchestra, Op. 29, a lesser-known version of a work originally scored for flute and piano. Ms. Styczeń’s Tacet T232 CD is further enhanced by an extensive booklet with liner notes by Danuta Gwizdalanka in Polish, English, German and French.

Many thanks to all of our donors! Dziękujemy!