English piano virtuoso, Jonathan Plowright, has devoted much of his life and career to championing works by a number of lesser-known Polish composers, including Friedman, Melcer, Różycki, Stojowski, Zarzycki, Zarębski, and  Żeleński, among others. Many recordings—especially of the piano concertos by many of these composers—and Maestro Plowright’s numerous concert appearances testify to his great and continuing interest in this exciting and, as it turns out, still to be explored area. 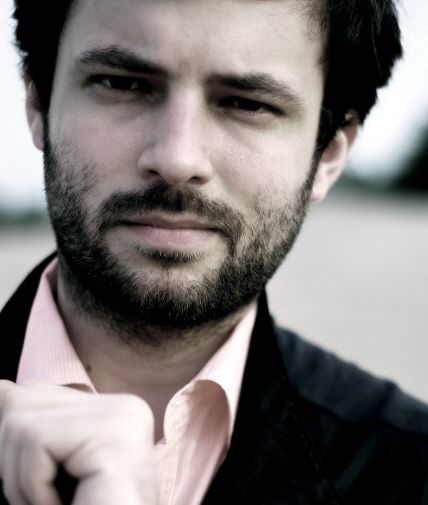 Jonathan’s latest project involves the Poznań Philharmonic and its resident conductor, Łukasz Borowicz (right), and the newly-discovered Piano Concerto by Michał Bergson (1820-1898). Born in Warsaw, Bergson was a pianist, composer and a great fan of Frederic Chopin. Bergson spent a good part of his life outside of Poland, studying with Rungenhagen and Tauber and eventually settling in Geneva, where he first served as professor of music at the Conservatoire since 1863, and later as its director. After marrying a native of Yorkshire, Katherine Levinson of Doncaster, Bergson fist lived in France and eventually moved to England. His son, Henri Bergson (1859-1941), was one of the greatest French philosophers and a 1927 laureate of the Nobel Prize for Literature.

Michał Bergson died in London and here the story of his music takes an interesting turn. Very recently, the manuscript of his Concerto symphonique pour piano avec orchestre, Op. 62 was found in a small London antiquarian bookstore and eventually purchased by the Poznań Philharmonic. An album of this Concerto, as well as a selection of Bergson’s other works for orchestra, will be recorded by Jonathan Plowright, Łukasz Borowicz and the Poznań Philharmonic. The world premiere release of the recording is planned for November 2020 and two concerts introducing this recording are scheduled for November 13 and 14 in Poznań.

A short video about this project has been made by the Poznań Philharmonic. It features Maestro Borowicz talking about it in Polish and Jonathan Plowright describing the project in English. Fascinating excerpts from the recording session and vignettes of Bergson’s manuscript can be glimpsed at the Poznań Philharmonic portal, filharmoniapoznanska.pl.

Two live performances of the Bergson’s Concerto symphonique with Jonathan Plowright took place on September 25 at the Baborówko Palace near Szamotuły (see a short video of rehearsal here: radiopoznan.fm) and a day later at the Virgin Mary and St. Nicholas Church in Ląd nad Wartą. In both cases, the Poznań Philharmonic was led by Maestro Borowicz. Other works on these two concert programs included Roman Statkowski’s overture to Filenis and Franz Xaver Scharwenka’s Symphony in C minor, Op. 60.

Later this fall, Jonathan Plowright is scheduled to perform Aleksander Tansman’s Piano Concerto No. 2 with Baltic Philharmonic in Gdańsk on November 20.