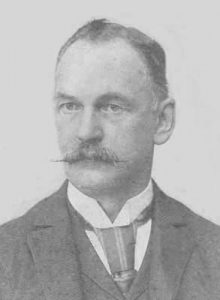 Described by period writers and fellow composers, Zygmunt Stojowski and Jarosław Zieliński, as the most influential Polish composer of the fin-de-siècle, Żeleński was the teacher of a generation of composers and author of numerous operas. After musical studies in Kraków (piano with Jan Germasz and harmony with Franciszek Mirecki), Żeleński continued his education in Prague (from 1859, piano with Alexander Dreyschock and composition with Joseph Krejcí) and in Paris (1866-1870). A composer of wide horizons and extensive education, Żeleński received a Ph.D. in philosophy in 1862 from the University of Prague. In 1871 he was active in Warsaw and since 1881 in Kraków a a professor of music theory, composition, conductor and organizer of musical events.

Żeleński is best remembered for his operas, drawing from Polish literature (Mickiewicz, Malczewski, Słowacki) and a variety of musical influences ranging from the French grand opera to the continuous narrative of the post-Wagnerian music drama (as represented by Paderewski’s Manru, formal features resembled in Stara baśń, also based on a Kraszewski novel, composed five years after Paderewski’s work). His operas often include stylization of Polish folklore and national dance rhythms, especially mazurkas and krakoviaks. The lyricism of his melodies, coupled with conservative harmonic language, destined him to become one of the important composers of songs popular in Polish salons of the period. For the texts of these songs he often used the best Polish romantic poetry (Mickiewicz, Krasiński and others). 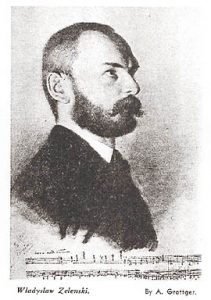 Konrad Wallenrod to a libretto by Z. Sarnecki and W. Noskowski, after A. Mickiewicz), 1885
Goplana, to a libretto by L. German, based on a drama by Juliusz Słowacki), 1896
Janek [Johnny], 1900,
Stara baśń [Old Fable] to a libretto by singer A. Bandrowski-Sas, after Józef Ignacy Kraszewski’s novel of the same title; 1907