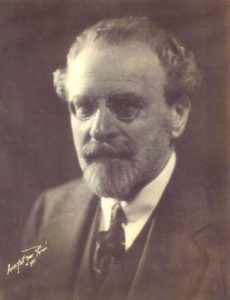 Zygmunt (Sigismond or Sigismund; other names: Denis Antoni de Jourdan) Stojowski was a Polish composer, pianist, teacher, music critic active in Poland, France and the U.S. He was born in Strzelce, on 4 May 1870 (though the New Grove Dictionary of Music and Musicianslists a wrong date of birth) and died in New York, on 5 November 1946.

Stojowski studied composition with Żeleński in Kraków and, after leaving Poland at the age of 17, became a student of piano (Lou Diémer) and Leo Delibes (composition) at the Paris Conservatoire. He belongs to a small group of piano students of Paderewski, with whom he was linked by a life-long friendship. In 1905, he moved to the U.S. to concertize and teach piano performance (New York Institute of Musical Art, Von Ende School of Music, Juilliard School of Music, Stojowski Studios).

Stojowski composed numerous pieces for piano, chamber and orchestral music. His best-known compositions are: a symphony (in D minor, awarded a prize at a Paderewski Competition in 1898, premiered at the first concert of the Warsaw Philharmonic), cantata Spring (played at the Buckingam palace), two piano concerti, a violin concerto, two sonatas each for violin and cello with piano, and A Prayer for Poland written during World War I. Stojowski’s late-romantic style had much in common with American and European music of the period (Edward McDowell, Maurice Moszkowski), and reflects his Polish background in the choice of national themes and forms (stylized dances: krakowiak, mazurka). The expressive and programmatic character of his piano compositions reflects his pianistic skill, a thorough knowledge of the instrument, and his wide interests in Polish (Chopin, Paderewski), Russian (Tchaikovsky), German (Beethoven, Schumann), and French (Delibes) music. Paderewski played three of his pieces, including his favorite encore, Chant d’amour from op. 26; Józef Hoffman enjoyed performing Stojowski’s Caprice-Orientale, Op. 10, which was dedicated to him. A current revival of interest in Stojowski’s music has led to the release of recordings of his piano concerti (by Jonathan Plowright, on the Hyperion label), the publication of his articles and biographical studies (by Joseph A. Herter and Maja Trochimczyk), and organization of concerts featuring his compositions in Poland and the U.S.

For more information about Stojowski, including his full list of writings, compositions, and extensive biography, as well as reprints of his selected texts see the Polish Music Journalpublished at the PMC online, vol. 5 no. 2 (2002). ../PMJ/index.html

See Polish Music Journal Vol. 5 No. 2 (2002) for a complete list of works compiled by Joseph A. Herter