Opus Series Records aims to present contemporary music in a manner that can be broadly understood by a wide audience. The last few decades have shown that the richness of new music styles does not allow for the easy classification of creative phenomena, which is why the Opus Series documents a wide range of music currently being created: from compositions for classical instruments through works involving live electronics and improvisation, to new phenomena in the context of the musical art of bygone eras. The Opus Series label has released several interesting albums lately that cover many aspects of this range. 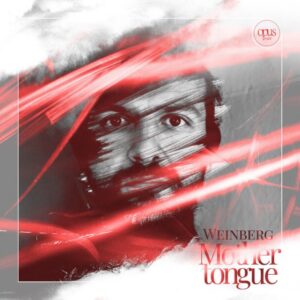 Although he spent most of his life in the Soviet Union, Mieczysław Weinberg was always fond of the Polish language and poetry. Photographs of his friend and mentor, Dmitry Shostakovich and his favorite poet, Julian Tuwim, were prominently displayed on the wall above Weinberg’s Moscow studio’s desk. Among his numerous song cycles, Tuwim was the author Weinberg chose most often.

Mother Tongue, the Opus release of the complete songs by Weinberg to texts in Polish is the first such recording in the world. The world premiere of this repertoire was presented in Hanover, Germany in 2018 and a year later at the POLIN Museum of the History of Polish Jews in Warsaw. The idea for this presentation came from the bass-baritone Tomasz Raff, who appears on the CD with pianist Mischa Kozłowski. The song cycles include O siwa mgło [Grey fog], Op. 84 (1964), to poems by Julian Tuwim, Triptych, Op. 99 (1968) to texts by Leopold Staff, Profile, Op. 88 to words by Stanisław Wygodzki and Souvenir, Op. 132 (1981) to words by Elżbieta Szemplińska. 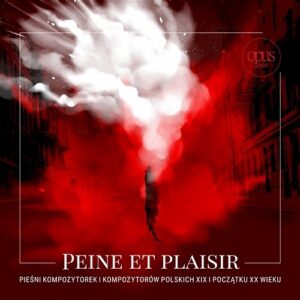 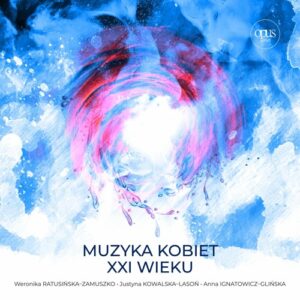 Another fascinating and timely recording in the Opus Series comes thanks to the initiative of the Czas Sztuki Foundation board and The Time Quartet. According to the accompanying description, this release is based on “post-modern and minimalist harmonies that also reference sacred and folk music.”

The composition Agnus Dei by Weronika Ratusińska-Zamuszko was commissioned by the Czas Foundation and world-premiered in 2018. It combines motives of folk music with string quartet textures. Ratusińska- Zamuszko is also represented on this recording by her II String Quartet, Ostatnie chwile [The Last Moments], inspired by poetry by women inmates of the Ravensbrück Nazi concentration camp. Justyna Kowalska-Lasoń’s A Light Exists in Spring was inspired by poetry by Emily Dickinson and the opening work, Praeter by Anna Ignatowicz-Glińska seems to evoke primordial sounds of nature.