The 7th edition of the Baltic Neopolis Festival started on 24 June and will continue until 29 July 2021. A versatile initiative located in the basin of the Baltic Sea, this Festival has been happening since 2015 in Szczecin and the West Pomeranian Voivodship. It encourages the cooperation of musicians from all over the world, with a particular engagement of the Baltic countries, and invites a multitude of young and talented artists, as well as a wide array of renowned musicians, professors and composers.

The concept for the Festival consists of the organization of 13 concerts showcasing international stars of the musical world, as well as chamber musician groups, the Baltic Neopolis Virtuosi and the Baltic Neopolis Orchestra (BNO), which is in residence for the duration of the Festival. In addition to performances, workshops and musical animations for children, there are unique activities in the city area, as well as an array of innovative promotional activities in Poland and the partnered countries. 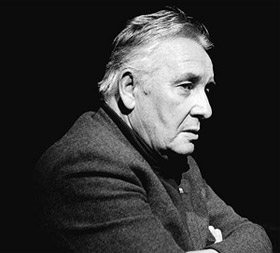 The final concert of the Baltic Neopolis Festival, entitled “Polish Concerti,” will take place on 28 July 2021 in the St. John the Evangelist Church in Szczecin. The centerpiece of the concert is the world premiere of Mikołaj Górecki‘s Druga Przestrzeń [Second Space]. Written for string quartet with chamber orchestra, this new work was completed in 2021 as part of the “Composing Commissions” program carried out by the National Institute of Music and Dance. Soloists will be violinists Emanuel Salvador and Sławomir Wilga, violist Emilia Goch Salvador and cellist Konstantin Heidrich, performing alongside the Baltic Neopolis Orchestra.

Rounding out the program, audiences will also hear compositions dedicated to the BNO by leading Polish and foreign composers, in celebration of the orchestra’s thirteenth anniversary. The ensemble will perform Paweł Łukaszewski‘s Neopolis Concerto for violin and string orchestra and Marcelo Nisinman’s 13 Variations on a Polish Melody for violin, cello and string orchestra. Mikołaj Górecki’s Overture will also be performed.

The “Polish Concerti” concert will be repeated on the following day as a part of the International Festival “Music in the Cathedral”  in Kołobrzeg.

29 July 2021 | 8:30 p.m. CET
‘Polish Concerti’ at the “Music in the Cathedral” Festival
Basilica of the Assumption of the Blessed Virgin Mary in Kołobrzeg, Poland
Tickets & Info: rck.kolobrzeg.eu