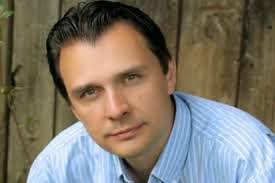 Mikołaj Górecki began to study violin at the age of six and turned to piano a year later. After graduating from the Music Lyceum in Katowice in 1990, he studied composition at the Katowice Music Academy under the tutelage of his father, composer Henryk Mikołaj Górecki, and graduated with honors in 1995. During the years 1996-1997 Mikołaj Górecki was the recipient of scholarships from the Banff Centre for the Arts in Canada, where he continued to pursue his studies of composition. He received a doctorate in composition in 2000 from Indiana University in Bloomington. During 2000-2001, he served on the faculty of McGill University in Montreal, Canada. He is currently on the faculty of Laredo Community College in Texas.

Since 1988, Mikołaj Górecki’s compositions have been recognized with a number of awards, including First Prize in the Young Composers’ Competition in Bielsko-Biała, and Second Prize at the Critics’ Chapter of the Young Composers’ Forum in Kraków. His music has been performed worldwide, including De Ijsbrejer Centre in Amsterdam and Avery Fisher Hall—Lincoln Centre in New York, as well as venues in Montreal, Quebec City, Victoria, Edmonton, Washington, DC, and the World Music Days ISCM Festival in Slovenia. In March of 2011, the National Radio Orchestra led by Maestro Jose Maria Florencio presented the world premiere of Mikołaj Górecki’s orchestral work, Zan tontemiquico [“We Came Only to Dream” in the Nahuatl language], during the Fourth Festival of Contemporary Music Premieres in Katowice, Poland. More recently, thanks to Mikołaj Górecki’s editing and preparing for performance, his father’s Fourth Symphony was posthumously world-premiered by the London Philharmonic at the Royal Festival Hall in April of 2014.

I grew up at home were classical music was a daily topic. Composers such as Chopin and Brahms have been always very close to me. When I was about four, I heard West SideStory for the first time in my life. It was a shock for me. The popular music was banned at our home, but West Side Story was an exception. Maybe because of those memories from my childhood I use sometimes in my pieces elements of popular music. It still sounds to me quite exotic. By the way, when I was teenager I kept an electric guitar under my bed hidden from my father. He learned about that many years later…

My father wanted me to be violinist. So when I was six I began practicing the violin. One year later, I began playing the piano, which I preferred than the violin. After few years, I switched to piano as my major. But the truth was that I was never interested in being a performer. I have loved music but do not have that urge of sharing it with others thru performances. My only interest has been music itself. My greatest dream as a child was to be able to write music, especially for orchestra. The problem was that I grew up at home where a word “composer” was almost sacred, it was reserved for geniuses like Bach, Beethoven etc. Naturally, I could not say openly my dreams when I was very young. Later, when I was a teenager my father discovered by chance that I had been writing music and began to support me in that. But this did not change the fact that even today I do not see myself as a composer only as a guy who writes music.