Works by Karol Rathaus (1895-1954) continue to be gradually rediscovered by a growing circle of performers and audiences worldwide. Born in Tarnopol, Poland (now Ukraine), Rathaus studied music in Vienna and Berlin and was a favorite pupil of the renowned Franz Schreker. His successful decade as a composer and professor of music in Berlin was cut short when Rathaus had to flee the Nazis in 1932 and tried to restart his career, first in Paris and then in London. Not having much luck elsewhere in Europe, in 1938 Rathaus left for the United States. He settled in New York and, starting in 1940, taught composition at Queens College until his death at 59.

As a composer with a diverse catalogue of symphonic, stage, film, and chamber music, Rathaus also wrote a significant number of solo piano works. An excellent pianist himself, his piano compositions demand great deal of dexterity and intelligence in order to tackle a variety of challenges facing a potential performer.

The highly accomplished Russian-born pianist and conductor, Vladimir Stoupel, is among a few brave modern artists to accept the daunting challenge of Rathaus’s oeuvre. Stoupel’s latest recording features Rathaus’s Piano Sonatas No. 1 and No. 3, paired with Shostakovich’s Piano Sonatas Nos. 1 and 2. Issued by WDR Cologne, this 2 CD set is set for release on 18 September by AVI-Music. 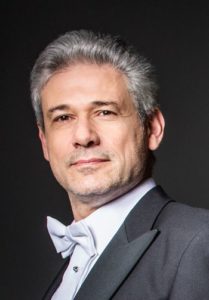 Although recorded already in 2013 at the WDR’s Klaus-von-Bismarck Saal—a grand concert hall with excellent acoustics and the West German Radio’s most important broadcast venue—the two Rathaus Sonatas are being released to the public only right now. Both works date from Rathaus’s German years—his Op. 2 was completed in 1920, whilst Op. 20 dates from 1927.

The Piano Sonata No. 1 is an early work, cast in a dark key of C minor and contained within a very traditional four-movement structure. It is an ambitious, 30-minute essay filled with expansive post-Romantic gestures, complex pianistic textures, and a significant amount of intricate counterpoint. Although written only seven years later, Rathaus’s Piano Sonata No. 3 is more experimental and modernist in its overall design. Throughout its four movements, a free-flowing narrative creates the atmosphere of improvisation, whilst its harmonic language often embraces free tonality—be it in passages of great passion or extended lyricism. Interestingly, a strong polyphonic undercurrent is still palpably present, especially in the third movement—an imposing fugue showing Rathaus’ full command of traditional composition techniques.

Vladimir Stoupel’s interest in Polish composers is not limited to his latest Rathaus recording. Stoupel’s other releases include Mieczysław Weinberg’s two-act opera Wir gratulieren!, with Maestro Stoupel holding the baton on this occasion, released by Oehms Classics in August (see PMC Newsletter article); CDs with chamber music by Szymon Laks released by EDA Records, including En homage and Elegy for the Jewish Village; and a CD featuring Władysław Szpilman’s suite, The Life of the Machines, also on EDA. 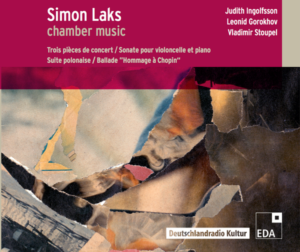 Looking to the future and Maestro Stoupel’s upcoming piano recording projects, may we suggest Rathaus’ newly rediscovered Piano Sonata No. 2? Almost a century ago, Rathaus was championed by such great musicians as Wilhelm Furtwängler and Walter Gieseking. Clearly, Vladimir Stoupel is another artist capable of rising to this challenge.