Sundays Live at LACMA is a venerable concert series that for many years attracted large audiences to the Museum’s spacious Bing Theatre. Somewhat coincidentally, the last two Sundays of July featured Polish artists, who presented two very diverse and fascinating programs to a uniformly rapturous reception from the audience.

On 22 July, guitarists Ewa Jabłczyńska and Dariusz Kupiński—otherwise known as the Kupiński Duo—presented a program of very popular works by Rossini, Chopin, de Falla, Rachmaninov and Gershwin, arranged for two guitars by the performers. Right from the start—Rossini’s La gazza ladra Overture—the Kupiński Duo demonstrated their mature musicianship and absolute command of their instruments. As hard as it was to imagine how such richly orchestrated work could be successfully transcribed for such an intimate instrumental duo, already with the first bars of the Overture it became clear that the audience was in for a treat. A variety of timbres, voicing and trading of melodic material between the performers produced a fascinating-sounding variant of this well-known and much loved work.

The same attributes of careful and deeply musical approach were in evidence in Chopin’s two Mazurkas as well as in one of his best-known Waltzes. Selections from de Falla’s El amor brujo sounded just as convincing and authentic on two guitars as the orchestral original.

Rachmaninov’s celebrated G minor Prelude served as an apt interlude before the final work on the program—Kupiński Duo’s ambitious arrangement of Gershwin’s iconic Rhapsody in Blue. With the final chord still resonating, the capacity audience broke into thunderous applause and gave the musicians a well-deserved standing ovation. An encore by Piazzolla rounded off this very successful program. 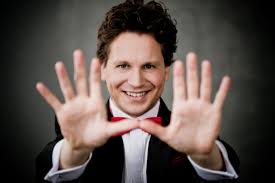 A week later, on 29 July, pianist Daniel Wnukowski presented a fascinating program of Mazurkas by a broad range of Polish émigré composers. The most famous of them, Frederic Chopin, who spent half of his life in Paris, was represented by selections of Mazurkas from Op. 7, 17, 24, 33, 50 and 59. Wnukowski’s idea for the program was to intersperse Chopin’s gems of this folk music genre with more modern interpretations and approaches by other Polish émigrés. Thus, the recital began with a world premiere of a recently discovered Mazurka written in 1931 by Jerzy Fitelberg (1903-1951), a modernist work that nonetheless draws on some salient features of the Polish folklore. Two Obereks (a fast version of the Mazurka) and a slower middle one by Alexandre Tansman (1897-1986) proved a very attractive choice from a set that was dedicated to Tansman’s Parisian friend and composer, Albert Russel.

Part two of Wnukowski’s recital began with a very Chopinesque Mazurka written in 1942 by Władysław Szpilman (1911-2000), a pianist immortalized in a 2002 feature film directed by Roman Polański. After a very natural sounding transition to Chopin’s Three Mazurkas Op. 59, another world premiere followed: Three Mazurkas, Op. 24 by Karol Rathaus (1895-1954). Almost symphonic in design and sweep, the trio of these very effective compositions proved a great discovery for the audience. They were also clearly favored by the pianist who is working on recording the complete piano music of this little-known composer who lived in Paris and London before settling in New York City just before World War II.

The final section of the recital included two more Chopin Mazurkas and a sparkling finale of Roman Ryterband’s Oberek, from his 1944 Suite polonaise. Ryterband, exiled during the war to Switzerland, lived in Montreal and Chicago in the 1950s and 60s before settling in Palm Springs, where he died in 1979. His widow, Clarissa, daughter Astrid and two granddaughters were present for the performance.

Throughout the evening, Daniel Wnukowski had proved himself a sensitive and insightful pianist with a carefully developed and discriminating touch that gave the requisite grace and refinement to the Chopin’s Mazurkas. Wnukowski also brought red-hot passion and brilliance to Tansman’s and Rathaus’s essays in this form. With a very vigorous reading of Ryterband’s swirling Oberek at the very end, the large audience noisily demanded an encore and the pianist was more than happy to oblige with yet another Chopin Mazurka.