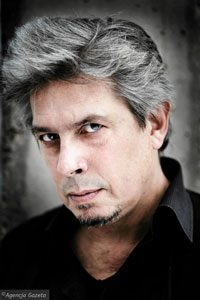 On April 30, 2015 the Wojciech Kilar Award’s Expert Council, consisting of directors of the most important Polish cultural institutions, selected the winner of the first edition of Wojciech Kilar Award. The inaugural winner is Elliot Goldenthal, one of the most versatile composers of contemporary music. Winner of the Oscar, Golden Globe and World Soundtrack Award, Goldenthal’s oeuvre includes music composed for film, opera, ballet, symphony orchestras and theater, as well as chamber music. The Award was presented on May 28, 2015 at the ICE Kraków Congress Centre during the Polish Music Gala: Scoring4Wajda as part of the 8th Kraków Film Music Festival.

Established in 2014 by the Presidents of Krakow and Katowice, the aim of the Kilar Award is primarily to honor and celebrate the memory of Wojciech Kilar, as well as emphasize the importance of the ethos of the composer in the interdisciplinary world of film. With the Award’s establishment, the name and accomplishments of one of the most recognizable Polish composers of the 20th and 21st centuries will gain a new international dimension.

The Award consists of a common fund for a recording session with the participation of any orchestra from Silesia and Krakow. This is the second important award granted at the Krakow Film Music Festival which, since 2013, has granted the FMF Young Talent Award to a young composer breaking into the field of film, animation or video game composition.

The Kilar Award, on the other hand, recognizes the lifetime achievement of film composers who remain faithful to the traditional art of composing, writing scores that in isolation from the image do not lose clarity, and efficiently using the language of music to produce rich and distinct colors, shades and textures in their work. 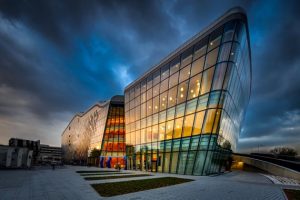 To read more about this award, visit fmf.fm.

On Sunday, May 31 as part of the part of the Film Music Festival, Goldenthal also participated in an important panel discussion and recital presented by Varèse Sarabande at the ICE Kraków Congress Centre (pictured at right). Alongside Jeff Beal and Sara Andon, these three leaders of the industry not only talked about film music but also played their favorite instruments.

During the panel “The Afterlife of Film Music,” participants discussed the process of arranging music written for specific film scenes in the process of transforming the score for the needs of live concerts and recording albums. They also talked about how film music is transformed for concert halls, with the participation of outstanding composers, conductors, soloists and producers, who break barriers and create new categories of concert repertoires. In addition to the discussion, the panelists demonstrated their skill and artistry in the performance of film music.