Wojciech Kilar was one of Poland’s greatest twentieth century symphonic composers. He studied piano with Władysława Markiewiczówna and composition with Bolesław Szabelski at the State Higher School of Music in Katowice. After graduation he was awarded a French Government Grant which enabled him to study with Nadia Boulanger in Paris; a city he considered his second home. Wojciech Kilar has been awarded numerous international prizes for composition, among them are the Lili Boulanger Memorial Fund Award of Boston in 1960, the Jurzykowski Foundation Award of New York in 1983, the State Award Grade I in 1980, the awards of the Minister of Culture in 1967, 1976, and 1975, the prize of the Polish Composers’ Union in 1975, and the A.S.C.A.P. Award for his score from Coppola’s Dracula in Los Angeles in 1992.

Kilar belongs to the generation of composers who made their debut in the 1950s and 1960s. Alongside Górecki, Penderecki, and his older colleagues like Bogusław Schaeffer and Witold Szalonek, Kilar presented his early avant-garde works at the first Warsaw Autumn festival in 1956. However, even within this aura of novelty and modernity, Kilar kept his predilection for simple and expressive structures, as well as his fascination with Polish highland folk music. 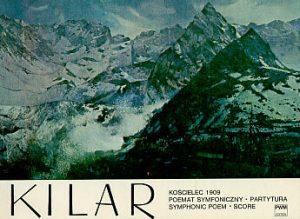 His music from the 1970s and 1980s is less complicated; it seems to be written from sheer delight, out of an authentic need. Krzesany, Kóscielec, and Orawa sound almost like symphonic poems from the period of Romanticism or post-Romanticism. The music in Krzesany, romantic in spirit, yet dressed in a contemporary language of sound, speaks to us in a musical language used by 19th-century composers.

In Orawa, Kościelec and Grey Mist, Kilar presents the “spiritual essence” of the Tatra Mountains with incomparable suggestiveness; he paints a musical picture of nature in the mountains and of human response to its awesome beauty. We should explain here that many Poles would call the Tatras their spiritual homeland.

Kilar’s works have been performed by several major international orchestras, including the Philadelphia Orchestra, the Cleveland Orchestra, and the New York Philharmonic. For over 30 years he has been composing music for films and worked on numerous projects with Krzysztof Zanussi, Andrzej Wajda, Krzysztof Kieślowski, Paul Grimault, Francis Ford Coppola, Roman Polański, and others. 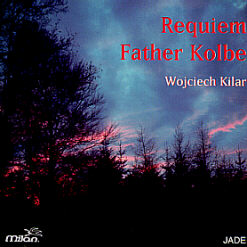