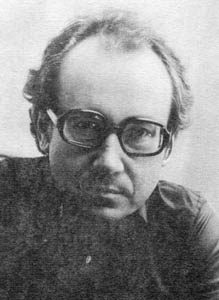 Zbigniew Rudziński was born on 23 October, 1935 at Czechowice. He studied composition at the State Higher School of Music in Warsaw under Piotr Perkowski (1956-62). In the years 1965 -66 he held a scholarship granted by the French government for studies in Paris. For the year 1971 he received a scholarship from the Dutch government and spent that year in Holland. Since 1976 he has been lecturing at the F. Chopin Academy of Music in Warsaw as an assistant professor (since 1989 full professor) in the Composition, Theory and Conducting Department. His music retains a tonal background in an expressionist style; the best works achieve a perceptible unity of the aspects of texture, articulation and dynamics.

Rudziński is a prize-winner of the Fifth Young Composers’ Competition organized by the Polish Composers’ Union (Warsaw, 1962 – Second Prize for “Epigrams” for flute, choir and percussion), and of the Composers’ Competition held to celebrate the one hundred and fiftieth anniversary of founding of the Warsaw Conservatory of Music (1960 – Second Prize for “Sonata” for 2 string quartets, piano and timpani). His compositions were heard at the ISCM Festivals of 1967 (“Contra fidem”) and of 1971 (Quartet for two pianos and percussion). His other awards include the Silver Cross of Merit (1975) from the Polish government and the Award of the Minister of Culture and Art (1979).