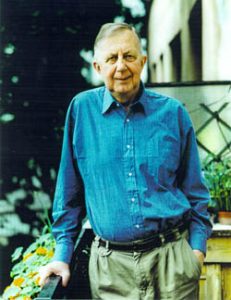 Włodzimierz Kotoński studied composition with Piotr Rytel and Tadeusz Szeligowski at the Warsaw Higher School of Music. In 1957-1961 he attended the International Courses of New Music in Darmstadt. One of the regular collaborators the Polish Radio Experimental Studio, Kotoński also worked at the electronic music studios of Westdeutscher Rundfunk in Cologne (1966-1967) and Groupe de Recherchers Musicales ORTF in Paris (1970). In 1970-1971 he was in West Berlin as fellow of the Deutscher Akademischer Austauschdienst. Since 1983 he has lectured on composition and directed the Electronic Music Studios at the Chopin Music Academy in Warsaw. Since 1983 he has been professor of this school (retired 1995). Among his numerous pupils there are such composers as Paweł Szymański, Hanna Kulenty, Stanisław Kurpowicz, Tadeusz Wielecki, Edward Sielicki, Jacek Grudzień and Paweł Mykietyn.

Kotoński also lectured at many international institutions. He was the guest lecturer of composition and electroacoustic music in Stockholm (1971), Buffalo (1978), at the University of Southern California in Los Angeles (1982), at the Rubin Academy of Music in Jerusalem (1990), and at the Conservatory in Alkmaar, Sweden (1993). In 1983-1989 he served as the president of the Polish Society for Contemporary Music (the Polish branch of ISCM).

A pioneer of electroacoustic music, Kotoński began his creative work at the Experimental Studio of the Polish Radio. Established in 1957, the Studio was a world center of tape-recorded music. The composer’s reputation in the field was established with the first Polish work for tape, Concrete Etude (for one cymbal strike), a 2’41” composition of a recorded single soft stick strike on a medium-sized cymbal. This sound was extensively transformed within a strictly controlled formal structure. Kotoński’s Concrete Etude was first performed at the Warsaw Autumn Festival in 1960 and later received a number of performances all around the world.

Włodzimierz Kotoński received a number of honors and awards, including the Minister of Culture and Art’s Award (1973), the Union of Polish Composers’ Award (1976) and the Chairman of Radio and Television Committee Award (1979). Originally published by PWM in Polish in 1963, Kotoński’s book, Percussion Instruments in a Modern Orchestra was translated into several languages and its revised version came out in 1981. His Muzyka elektroniczna [Electronic Music] and Leksykon współczesnej perkusji [A Lexicon of Modern Percussion] were published by PWM in 1989 and 1999. Kotoński compositions are published by PMW, Schott, Moeck, Rossenberg Musikalien, and Brevis publishers.