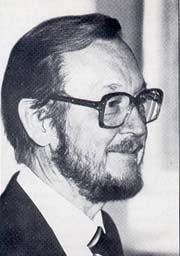 Władysław Słowiński was born on 14 May 1930 in the village of Sadlno on the southern border of Kujawy Lake District. He commenced his school education and became fascinated with music; this was quickly perceived by his parents who enabled the boy to receive violin and piano lessons. At the age of twelve Słowiński began composing. In 1947 he moved to Poznań to facilitate further musical studies. Two years later he graduated from college and the Music High School and began compositional studies in the class of Tadeusz Szeligowski at the Academy of Music. At the same time Słowiński began to study conducting in the class of Walerian Bierdiajew, and musicology at the Pozna University. In 1954 he received a diploma in the class of composition, and in 1955 he finished his conducting studies under the guidance of Stanis aw Wis ocki and began working at the Pozna Opera. In 1964 Słowiński gave up the post at the Opera and moved to Warsaw, where Bohdan Wodiczko offered him the job of the Warsaw Opera conductor. After Wodiczko was fired from his position as opera director, Słowiński decided to give up the job of resident conductor of the opera house and take up activities allowing him to devote more time to his compositions.

In the 1970s he began organizing musical events. From 1970 to 1973 he was the artistic director of the Polskie Nagrania recording company and in 1973 he became the general Secretary of the Polish Composers Union (for six consecutive years). He has been the chairman of the Warsaw department of the organization since 1985 to the present. In 1986 he created the annual Warsaw Musical Meetings festival, which became an event known respected in Warsaw and in the whole country.

Słowiński is one of the very few artists whose predisposition and abilities allow him to take an active part in many areas of musical life. The list of his major works does not exceed half a hundred. Słowiński composed slowly, with consideration and the feeling of responsibility for each note, each sound. It seems that his creative personality is shaped by two factors: first, faithfulness to a chosen musical language, stylistics, a skepticism towards passing trends, and second, the acceptance of expression as the main factor to which everything else is subordinated (the titles of some of his works are partly evidence to that: Passionato, Espressivo sempre, Doloroso, Elegia, Serio e buffo). This last feature of character creates the impression that his music flows straight from the heart as if spontaneity dominated over thought. In fact the spontaneity is accompanied by the logic of musical thinking, consequence in operating the musical material, references to and resumption of the previous threads, skillful planning of contrasts – everything which gives the form its shape and the required clarity. In recent years Słowiński has added a new feature to his music: a return to the musical past and stylization, which influenced The Concertino for harpsichord and string quartet and especially the Suite for the Royal Castle. Słowiński has received several prestigious prizes for his creative work, including the Prime Minister Prize for compositions for children and youth in 1977, the Warsaw Voivode prize for lifetime achievements in 1990, and the annual Polish Composer’s Union Prize in 1999.

In September 2000 Słowiński donated the manuscript score for his Serio e buffo per flauto solo [for flute solo] (1987). The score is written in pencil and consists of 15 pages of music paper. The following note about this piece appeared in Słowiński’s PWM brochure: “Serio e buffo for solo flute is a composition in which the two parts are highly contrasted according to their names. The work was composed in 1987 and performed for the first time a year later at the Museum of the History of the City of Warsaw interpreted by El bieta Gajewska. The first part – Serio, reminds one of a fantasy with the character of improvisation. Part two, Buffo, lively and cunning, is a kind of a stylized dance.”