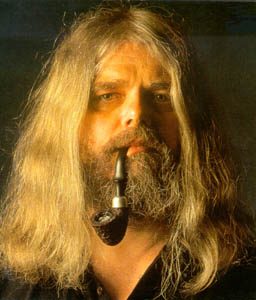 Paweł Szymański was born on 28 March 1954 in Warsaw. In 1978 he completed (with distinction) his compositional studies under Włodzimierz Kotoński at the F. Chopin Academy of Music in Warsaw. He also studied under Tadeusz Baird (1978) and Roman Haubenstock-Ramati in Vienna (1984-1985, on a Herder scholarship). In 1976 Szyma ski took part in the International Summer Academy of Ancient Music in Innsbruck, and in 1978, 1980 and 1982 in the International Summer Courses of New Music in Darmstadt. He cooperated with the Independent Electroacoustic Music Studio (1979-81) and with the Studio of Electronic Music attached to the Academy of Music in Kraków (1983).

In the spring of 1987 his Partita IV was written for and first performed at the Sonorities’87 Festival in Belfast. In the same year an entire concert of his music was presented in the Warsaw Philharmonic Chamber Hall. He received the First Prize at the Young Polish Composers’ Competition for Gloria (1979) and Fourth Mention in the category of Young Composers’ Works at the UNESCO International Composers’ Rostrum in Paris for the same work (1981). He also won a prize at the Competition for Composers of Sacred Music organized by Stuttgart’s Internationale Bachakademie in 1985 for Lux Aeterna. In 1994 he received the Grand Prize of the Culture Foundation in Poland and is widely regarded as the most important composer in his generation in Poland.

His works have been performed in many countries including Poland, Austria, Britain, Canada, Czechoslovakia, Denmark, Germany, France, Holland, Hungary, Italy, Japan, Mexico, Sweden and the USA. In 1988 Szymański worked at the Electronic Music Studio at the Technical University in West Berlin, where he produced his tape piece Through the Looking Glass II. In the same year Prtita III was the joint winning work in the Benjamin Britten Composers Competition which resulted in Szymański being commissioned to write a piece for chamber orchestra by the Aldeburgh Festival – A Study of Shade for orchestra, which premiered in 1989. The “sur-conventionalist” (Szymański’s term) or “postmodernist” orchestral work Quasi una Sinfonietta composed for the London Sinfonietta in 1990 plays with listeners’ expectations arising from the patterns used in classical music (interrupted cadential progressions, irregular repetitions, puzzling fragmentation of texture made from recognizable gestures). This music is filled with irony and composed with audible quotation marks.

In May 1994 Szymański’s composition Miserere was submitted by the Polish Radio to the UNESCO International Composers’ Rostrum in Paris, where it received a distinction. The year 1995 saw the world premiere of Szymański’s Concerto for Piano and Orchestra (commissioned by Radio France) by the Katowice Radio Symphony Orchestra conducted by Antoni Wit, with Ewa Poblocka as the soloist. The work received an enthusiastic welcome from Polish music critics, so much so that Bohdan Pociej devoted a whole column in Ruch Muzyczny to the fact of its composition and to its significance in contemporary Polish music. In 1996 Szymański was the featured composer at the Toronto Soundstreams Festival, and his new work for string quartet and clarinet, Recalling a Serenade, was premiered at Finland’s Kuhmo Festival with the Silesian String Quartet and Kari Kriikku. His music is published by Chester Music. Szymański lives and works as a free-lance artist in Warsaw.

Szymański’s views about music notation and manuscripts has evolved through the years. His early published works were engraved by his Polish publisher, Agencja Autorska . The British publishing house, Novello (and later Chester Music who bought Novello) issued his scores in facsimile copies of the original manuscripts, with all their imperfections (several examples are on display). Finally, during the past five years, the composer has turned to writing on a computer (in the Finale program that allows one to make corrections, revisions and generate the parts). Thus, the “manuscript” which at first was invisible and replaced by a perfectly clear print, and which became ubiquitous in the form of the facsimile edition, finally disappeared. It outlived its usefulness in the technologically advanced workshop of a computer-savvy composer. Yet, Szymański, like Górecki, collects the originals of his scores, giving away only pieces written for someone else, e.g. the Canon for Majka (1983) which has over 30 different solutions.

None, but Szymanski’s music is available from the following publishers:

I don’t know what a beautiful sound is. Beauty, of course, is a basic dimension of all works of art, but on the level (or various levels) of structure, and not on the level of simple elements of matter. Obviously in their psycho-physical aspects sounds as stimulants might be pleasant, neutral or unpleasant, but this fact as such has nothing in common with beauty. Bach’s Fugue in B-minor from the first volume of Das Wohltemperiertes Klavier is beautiful, but is the B-minor triad beautiful as such? As I indicated earlier beauty is a general and fundamental issue in music. [Szymański, unpublished interview with Trochimczyk, 1986]

A total control over anything is impossible (recall the Gödel theorem, etc. etc.) and when someone claims to have such a total control (and this person is not the Lord God himself) that person is mistaken and is a dangerous fellow. If this person is a composer – only half the damage is being done – because composing music in general is an activity of a limited harmful impact on society. […] Nonetheless, a work of art must result from the conscious controlling of many (but not all) elements of its structure. It must result from inventiveness, thinking, intuition, and other factors – all these elements which, when combined, add up to this nearly metaphysical phenomenon, i.e. the talent of an artist. In our times, which, as Tadeusz Baird rightly used to say, are particularly favorable to charlatans of all sorts and sizes, various conceptualisms and different other “-isms” have been concocted. These ‘-isms’ usually serve as smoke-screens for common indolenceand mediocrity. […] One more thing about the relationship between the aesthetics and the compositional means. One would want to say: first there is an idea and then one searches for the means with which this idea could be realized – the consciousness defines the existence – this is obvious! However, artists for whom compositional means provide the point of departure are usually engaged in uncritical forms of creativity which have affected new music in a multiplicity of ways. […] Personally I have never dreamt about having total control over anything. It is sufficient for me that I may (or can) control these aspects of the work that should be controlled in order to create music in accordance with my imagining of it (i.e. my images of its sonorous content as well as its structure understood in an abstract fashion). Note that the process of composing is an interesting occupation only when both of these elements [content and structure] are in conflict with each other. One is not able to control the imaginings themselves, neither is there any reason to try – these creations of imagination belong to the domain of metaphysics. [Szymański, interview with Trochimczyk, typescript 1986].

Tradition, in the sense of the music from the past, music based on certain, well-functioning conventions is a raw matter for composing. But something that has become a raw matter of this kind is already dead. I take from this matter what I can dissemble, take apart into pieces, and then put together into a different whole. At the same time I do not have any destructive tendencies. On the contrary, it is even a certain type of nostalgia for something very well known, close, something effervescent and fleeting, and yet very clear. Here such categories as paradox, illusion, allusion become very significant for me. And one more word-for-all, a word invented by Stanis aw Krupowicz and me thirteen years ago. It is perhaps a somewhat awkward neologism, “sur-conventionalism.” This term refers to music which is composed from the elements of a convention, and frequently in this process breaks the syntactic rules applicable in this convention. There is a certain analogy to surrealism here. However, since we have already stated that music does not refer to reality, the artistic convention associated with this neologism provides, as it were, a substitute for reality in surrealism. [Szymański in Sound, Word, Image, Thought, 1997]