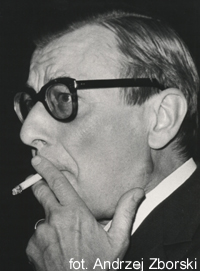 Michał Spisak was born on 14 September, 1914 at Dąbrowa Górnicza and died on 29 January, 1965 in Paris. He studied at the Katowice Conservatory, where in 1937 he received a diploma with honors in a violin and composition. He continued his studies in composition under Kazimierz Sikorski in Warsaw (1935-37). In 1937 he went to Paris, where he studied with Nadia Boulanger; he remained in France until his death, while maintaining constant contact with his native country. In 1937 he became vice-president of the Association of Young Polish Musicians in Paris. In Poland he had appeared as a violinist, but from 1937 he gave his attention exclusively to composition. His compositions have been performed in the whole world.

Works for Solo Instruments and Orchestra

Works for Solo Instruments and Piano

Works for Unaccompanied Choir or Choir and Orchestra