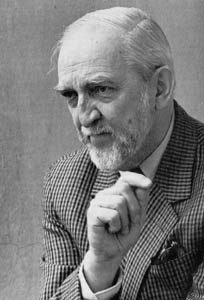 Boguslaw Schaeffer – composer, theoretician, music critic and teacher – was born on June 6, 1929 in Lwów (Lviv, Ukraine). He studied violin in Opole and later dedicated himself to composition studies at the State Higher School of Music (now Academy of Music) in Kraków. In 1953 he graduated from Jagellonian University after having completed his studies in musicology under Zdzisław Jachimecki. Schaeffer began writing music at the age of seventeen. As a composer he has won many awards and honours, e.g in 1959 – 2nd Prize at the Grzegorz Fitelberg Competition in Katowice for his Monosonata for 24 Solo Stringed Instruments, and a honorary mention at the same competition for Quattro movimenti for Piano and Orchestra; in 1960 – two mentions at the Fitelberg Competition for Topofonica for 40 Instruments and for Equivalenze sonore for Chamber Percusion Orchestra; in 1962 – Prize at the Arthur Malawski Competition in Kraków for Musica ipsa for the Orchestra of Low-pitched Instruments, and a honorary mention at the same competition for Four Pieces for String Trio; in 1964 – 2nd Prize at the Fitelberg Competition for Little Symphony: Scultura for Orchestra, and 3rd Prize at the same competition for Collage and Form for 8 Jazzmen and Orchestra; in 1966 – Mention at the Malawski Competition for Collage for Chamber Orchestra. His compositions have been played all over the world, among many places in Warsaw, Oslo, Zagreb, Amsterdam, Shiraz, Vienna, Rochester, Mexico, Salzburg, and Athens. Schaeffer has been a member of the “Cracow Group” – an artistic association assembling the representatives of vanguard movement in music and art; he represented this group as a composer at number of festivals (among them in Edinburg).

As a thoretican in new music he has writen several books, including New Music. Problems of Contemporary Composing Techniques; Small Guidebook of Twentieth Century Music; Twientieth Century Music. Creators and Problems; Classics of Dodecaphony; Introduction to Composition; History of Music. Styles and Creators. As a teacher he has been lecturing on composition at the Academy of Music in Cracow since 1963, many of his students being prize-winners of competitions for composers. Since mid-1980s Schaeffer is a professor of composition of the Hochschule fur Musik in Salzburg, Austria. Schaffer has frequently taken part in concerts of new music as coordinator and pianist, appearing with the well-known “MW2 Ensemble.” His interests in music theatre and performative aspects of music have resulted in the development of his talents as a playwright; his plays, often based on music themes, have received numerous awards and festival performances.