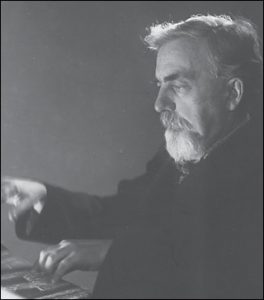 Apolinary Szeluto was born on 23 July 1884 in St. Petersburg and died on 22 August 1966 in Chodzież. He began his music studies with Exner at the Saratov Conservatory. Later he studied composition with Roman Statkowski and Zygmunt Noskowski at the Warsaw Conservatory (1902-05) and piano performance with Leopold Godowsky in Berlin (1905-08). In addition he completed law studies at the University of Dorpat (now Tartu). In 1910 he was a professor at the Conservatory in Berlin and then worked as a judge near the city of Astrachan in Russia. He took part in the revolution. After the war he worked for some time in the Ministry of Justice.

From 1909 to 1931 he was active as a pianist. In 1933 he settled in Slupcy near Konin, where he lived until the end of his life. As a composer he belonged with K. Szymanowski, L. Rozycki and G. Fitelberg to the group Mloda Polska. Szeluto produced an immense output – including 25 symphonies, several orchestral suites, five piano concertos, concertos for violin and cello, two masses, other choral music and songs, and chamber and instrumental works.