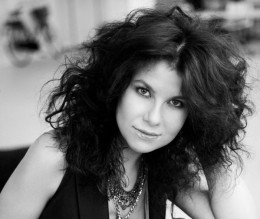 Agata Zubel was born in Wrocław, Poland in 1978. She graduated with honors Primus Inter Pares from the Karol Lipinski Academy of Music where she studied composition with Jan Wichrowski and voice with Danuta Paziuk-Zipser. In 2004, she received a doctorate in musical arts. She also studied in the Netherlands and took numerous courses. She is currently teaching at the Academy of Music in Wrocław. She has received scholarships granted by the Ministry of Culture, the Rockefeller Foundation, Ernst von Siemens Musikstiftung, the Executive Board of the City of Wrocław, and the International Foundation for Education. She is also a member of the Polish Composers’ Union, ZKP.

As a vocalist she has participated in many prestigious musical events. Modern music occupies a special place in her repertoire, and she established the ElettroVoce Duo together with composer and pianist Cezary Duchnowski in 2001. She has premiered and recorded numerous works by  contemporary composers. In the past few years she has performed Chantefleurs et Chantefables by Witold Lutoslawski (Musica Polonica Nova), DW9 by Bernhard Lang (Warsaw Autumn), Luci mie traditrici by Salvatore Sciarrino (Nostalgia Festival), The Star by Zygmunt Krauze (electroacoustic adaptation by C. Duchnowski at the Polish Theater in Wrocław) and the title role in Phaedra, an opera by Dobromila Jaskot  and Madeline in The Fall of the House of Usher by Ph.Glass (Teatr Wielki – National Polish Opera). She also participated in an experimental project of improvisation during the International Courses of Composition in Darmstadt. She has performed many concerts abroad: in Italy, Belgium, Switzerland, France, the Netherlands, Austria, Germany, United Kingdom, Ireland, Russia, Ukraine, Lithuania, Latvia, Greece, Denmark, Sweden, Korea, Canada and the United States. In 2009 two new CDs were published by CD Accord: Cascando with her own chamber music and Poems with the songs of Copland, Berg and Szymański.

She has won several competitions (including international) – for both voice and composition. At the beginning of 2005, she received the prestigious Passport award from Polityka Magazine for classical music. In the same year her 2nd Symphony-commissioned by Deutsche Welle-was premiered during the Beethoven Festival in Bonn. Subsequent commissions have included String Quartet No.1 for the Ultraschall Festival in Berlin (2007), of the Songs for Wratislavia Cantans (2007), Cascando for the Central European Music Festival in Seattle (2007), and III Symphony with the assistance of the Rockefeller Foundation (2008).