Marcel Chyrzyński—a noted composer and member of the Polish Composers’ Union [ZKP] – Kraków branch—has also been closely associated with the Polish Music Center since his Paderewski Lecture-Recital concert at USC in October of 2017, which included a monographic concert program of his latest compositions. The program was presented by the Cracow Duo, assisted by LA-based musicians. This composer’s star has only continued to rise since his visit with us in Los Angeles.

In spite of the pandemic year, Maestro Chyrzyński has remained very active and productive, completing several new and fascinating compositions. After the death of Krzysztof Penderecki in March of 2020, Chyrzyński wrote the Adagio for Strings—Krzysztof Penderecki in Memoriam. This evocative and somber work was commissioned by the Silesian Philharmonic in Katowice and world-premiered on 19 June 2020 under the baton of Mirosław Jacek Błaszczyk.

Its deeply personal tone immediately caught public attention, and the Adagio was performed again on October 29 at the opening concert of the 32nd International Composers’ Festival in Kraków. A video of this performance led by Jurek Dybał can be seen here: https://youtu.be/JCoPyFUNYEU. Viewers might also be interested to note that this concert was held in the main hall of the Sukiennice Art Museum, a historical structure situated at the heart of Kraków Old Market Square. Only two weeks later Chyrzyński’s Adagio was heard again, this time in performance by the Silesian Chamber Orchestra in Katowice and Maciej Tomasiewicz on November 12. 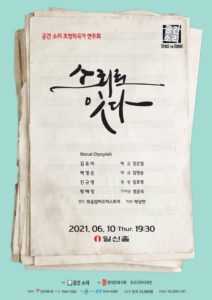 Chyrzyński’s Adagio for Strings—Krzysztof Penderecki in Memoriam is now scheduled for a world premiere of the piece in a version for string ensemble on 10 June 2021. The premiere will take place during the “Space for Sound” concert in Seoul, South Korea. It will be performed by the Hwaum Chamber Orchestra, conducted by Sang Yeon Park.

Composing in a Pandemic

Chyrzyński’s recent work for string quartet, Reflection No. 1, received several airings during the past year, including in Kyiv, Ukraine (September 28) and Kraków (October 26), while Betelgeuse for violin, cello and piano was heard on December 5 in Kraków and December 12 in Katowice. The PMC concert-goers will remember that Betelgeuse and Farewell were heard at the October 2017 Paderewski Lecture-Recital.

Continuing his creative activities, last year Chyrzyński completed his Symphony No. 1, thus joining the exclusive pantheon of the composers-symphonists. Subtitled “Un livre sur l’homme,” Chyrzyński’s work is inspired by writings of Roman Ingarden (1893-1970), a distinguished Polish philosopher who is remembered for his works in aesthetics, ontology and phenomenology. Ingarden’s magnum opus and certainly his best-known work, The Literary Work of Art, has been hugely influential in defining literary theory and philosophical aesthetics. But it was Książeczka o człowieku [Little Book on Man], published by Wydawnictwo Literackie in Kraków in 1972, that served as inspiration for Chyrzyński, who used titles of the first two chapters, Człowiek i natura [Man and Nature] and O naturze ludzkiej [About Human Nature] as titles and mottos for his two-movement symphony. Commissioned by the Silesian Philharmonic in Katowice, this work was world-premiered on November 20 under the baton of Yaroslav Shemet. To hear this performance, please visit https://youtu.be/VRmTEsdMbRI.

Finally—and shifting to the academic realm—Marcel Chyrzyński received his full tenured professorship degree on 22 February 2021. The opinion of the review committee was unanimous and Maestro Chyrzyński officially received his professorial laurels from the President of Poland at a special ceremony earlier this spring.

Congratulations, Marcel, and keep us informed about your life in music!