The world premiere of Martyna Kosecka’s Concerto for clarinet, multi-percussion and string orchestra, as well as works by Witold Lutosławski and Andrzej Krzanowski, made up the program of the February edition of the “Resounds. New Polish Music” series on 27 February 2021. A pre-concert meeting with Martyna Kosecka, Szymon Bywalec and Magdalena Stochniol (music theorist) was hosted by Agata Kwiecińska. Both the meeting and the concert were live-streamed on Sinfonia Varsovia’s YouTube channel and Facebook, and the event remains available at that YouTube link.

The February concert began with rarely performed neoclassical miniatures by Witold Lutosławski, one of the most important composers of the 20th century. Sinfonia Varsovia under the baton of Szymon Bywalec presented his 10 Polish Dances (1951), a suite inspired by Silesian and Kashubian folklore.

Audiences around the world also heard Symphony No. 2 for 13 string instruments (1983-84) by Andrzej Krzanowski, a representative of the ‘Stalowa Wola generation’ (named after the festival in Stalowa Wola, where numerous composers made their debuts). The three-part chamber piece was commissioned by Elżbieta and Krzysztof Penderecki and dedicated to them. 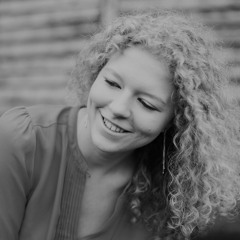 In her Concerto for clarinet, multi-percussion and string orchestra (2019), Martyna Kosecka refers to the division into the movements marked as Hésitant (with hesitation) and Direct (directly), as proposed by Lutosławski. As in her other works, she explores unconventional combinations of colors and microtonal harmony. Radosław Soroka (clarinet) and Karol Krasiński (drums) will perform as soloists.