Among many cultural programs that the Kosciuszko Foundation in New York City carries out, competitions promoting Polish music and commemorating Poland’s most important artists are especially notable. These competitions are held bi-annually or periodically, and below is a list of the most recent.

In 2019, the Kosciuszko Foundation organized its Chopin Piano Competition that attracted many talented young pianists on the threshold of their performing careers. The KF Chopin Competition has become recognized nationally as an important stage in the lives of young pianists embarking upon a concert career following their studies. In surveying the list of winners, one finds men and women who have become well-known through success on the concert stage or as well-regarded professors and teachers throughout the Untied States. 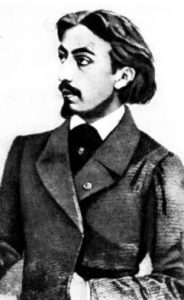 In 2020, the Foundation honored one of the greatest violin virtuosos and composers, Henryk Wieniawski (1835-1880), by organizing another edition of the competition in his name. Due to the pandemic and restrictions on public gatherings, the Wieniawski Competition was held on Zoom with audition live-streams on the Kosciuszko Foundation’s YouTube channel. Undaunted by this new format, the excellent young artists below prevailed.

Clara Saitkoulov, a Rice University student, won the First Prize and a $5000 award. The Second Prize and $3000 were given to Hana Mundiya, a Master of Music student at the Juilliard School of Music. Kristine Clair Galano from the Philippines (currently studying at the College-Conservatory of Music at the University of Cincinnati), received the Third Prize and $1000. Whitney Takata, a native of Tokyo and a Julliard student, was awarded a Special Prize for the Best Interpretation of a work by Krzysztof Penderecki, offered by Polish violinist Hanna Lachert, Competition Artistic Director and Chair of the Jury. Other jury members included Robert McDuffie and Mark Peskanov.

A short video summary of this year’s Wieniawski Violin Competition can be seen here: www.youtube.com/watch?v=QWwmyG8q0-A

Congratulations to all the winners and many thanks to the Kosciuszko Foundation and the Competition jury!