Earlier this year, Trudy Ossowski sent us three big parcels of sheet music, recordings and books from the Walter and Jerome Ossowski music library. There are many fascinating and rare publications and music scores—mainly from the 1920s-1950s—which will be catalogued and added to the PMC’s exisiting Ossowski Collection. Since many of the items are in fragile condition, they will be scanned and stored in special acid-free envelopes to preserve them in the best possible condition. As this process is currently ongoing, watch our Newsletter for further updates on our progress and on a complete listing of this donation as soon as the cataloguing of it is completed.

As one of the participants in the 41st annual conference of Museums, Archives and Libraries abroad [MAB] held in September in Lublin, the PMC received a treasure trove of gifts for our library from the conference organizers—the John Paul II Catholic University [KUL] and the National Remembrance Institute [IPN]. These additions to our collection include: 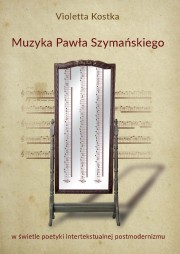 During the October Musicology Institute at the Polish Academy of Sciences [PAN] conference in Warsaw, the following items were donated to the Polish Music Center:

Dr. Sławomir Dobrzański, also present at the PAN Conference, donated to us:

In late October, professors Maciej Staszewski and Aleksandra Bęben came to research the Ryterband Collection at PMC. They also donated 3 DVDs of Stanisław Moniuszko’s opera Flis, performed by the soloists, orchestra and choir of the Łódź Music Academy who are also publishers of this attractive and rare item.