May 18 marked the seventh birthday of the Gorzów Philharmonic Orchestra. In 2011 a beautiful new building was opened with an inaugural concert featuring Beethoven’s Ninth Symphony. Since that time, many concerts have featured leading artists from across the world presenting their talents for local music lovers.

Housing about 600 seats, the main concert hall has truly excellent acoustics and has been used for several recording projects already. The chamber hall, seating 150, has been an intimate setting for a number of smaller concerts and music-related events.

Other leading Polish artists, including Krzesimir Dębski, Irena Santor, Grzegorz Turnau, Mieczysław Szczęśniak, and PMC Director Marek Zebrowski have also graced the stage of the Gorzów Philharmonic. One of the most popular projects was Radzimir “Jimmy” Dębski’s Symphonic Hip Hop program, featuring one of the leading Polish rappers, Miuoshem. 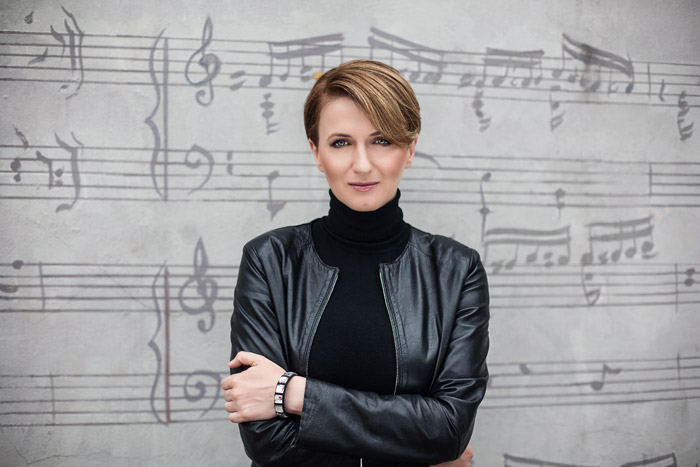 During her tenure as Artistic Director of the Orchestral from 2013 to 2017, maestra Monika Wolińska realized many interesting projects. These included a recording of film music by Bronisław Kaper and Jan A. P. Kaczmarek in 2015 and a 2012 album featuring violin concerti by Tchaikovsky and Sibelius.

Each anniversary invites all kinds of statistics and, on this occasion, the Gorzów Philharmonic can boast of a tally of over 350 concerts featuring over 250 soloists. Undoubtedly, this orchestra is one of the youngest in Poland (if not in Europe!) and it includes accomplished orchestra musicians from neighboring Germany as well as from Belgium, Portugal and China. Currently, the orchestra is led by maestro Jacek Kraszewski. Since spring of 2017, Gorzów Philharmonic is led by director Mariusz Wróbel, whose background is in academia and cultural management. The seventh anniversary of the orchestra was celebrated with the concert called “Masterpieces,” which included Antonin Dvořák’s Seventh Symphony and Vivaldi’s ever-popular Four Seasons. In addition, in the entryway of the Philharmonic Hall, the public can view an exhibit documenting the history of this exceptional ensemble.