Paderewski at the National Museum

A few weeks ago, the National Museum in Warsaw officially opened its Paderewski Exhibit, drawing on the extensive collection of papers, artwork, personal documents and other museum-quality objects deposited at the Museum well over 60 years ago. Coinciding with the celebrating 100 years of Poland’s regained independence, this exhibit is also accompanied by a series of concerts, lectures and guided tours running throughout the spring until May 20. Some of the highlights include the following programs:

Finally, the rich offering of programs also includes meetings for children and their chaperones on how to become a musician, workshops and tours for sight-impaired and hearing-impaired public as well as guided walks “in Paderewski’s footsteps” around Warsaw. All of these events are coordinated by the Ministry of Culture and National Heritage, Embassies of the United States and Switzerland and other sponsors. Audio guides in Polish and English are available for the public as well.

On March 17 at the University of Washington Club on the UW campus, the UW Polish Studies Endowment Committee (UWPSEC) will host a fundraiser celebrating the 100th anniversary of Poland’s Independence, featuring a lecture by PMC Director Marek Zebrowski.

This year, Poland celebrates the 100th anniversary of regaining independence after 123 years of partitions between its three neighbors. Pianist, composer and statesman Ignacy Jan Paderewski played a crucial role in this process. He was a favorite of concert audiences around the world and his fame opened access to diplomacy. He was the Prime Minister of Poland and Poland’s foreign minister in 1919 and represented Poland at the Paris Peace Conference in 1919. 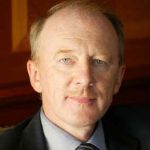 Professor Marek Zebrowski—pianist, composer, lecturer, and author of books on music and film—currently serves as the Director of the Polish Music Center at the University of Southern California and the Artistic Director of the Paderewski Festival in Paso Robles.

The Fundraiser will benefit the UWPSEC funds. Tickets include sit-down dinner, wine and dessert.