February 21 brings a special Ignacy Paderewski Gala concert to mark the start of the US celebrations of the 100th Anniversary of Poland regaining its Independence. Pianists Kevin Kenner, Szymon Nehring, Marek Bracha and Łukasz Krupinski are the award‐winning experts who will share this prestigious stage for one night. Their program, entitled “The Best of Chopin & Paderewski,” features the most celebrated works of Chopin and Paderewski. This tribute concert to Paderewski commemorating the anniversary of his last performance at Carnegie Hall is presented by the Consulate General of the Republic of Poland in New York together with the Gazeta Polska Community of America foundation, under the Honorary Patronage of the Ambassador of the Republic of Poland in Washington, DC. 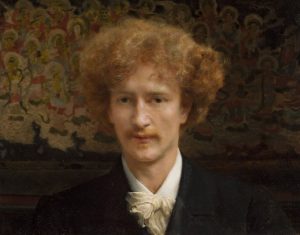 On February 14, 2018, the Paderewski Exhibit at the National Museum in Warsaw (MNM) was officially opened by MNM Director Agnieszka Morawińska. The unveiling included a press conference as well as a special guided tour led by the exhibit’s curator. Part of the celebrations of Poland’s centenary of independence, the Paderewski Exhibit initiative is supported by the Ministry of Culture and National Heritage with the honorary patronage by Poland’s Premier, Mateusz Morawiecki.

On display until May 20, the Exhibit presents a profile of Paderewski as famous pianist through his donated art and memorabilia. It is an opportunity to see a great majority of the large museum pieces from Paderewski’s collection, including his grand piano manufactured by Steinway & Sons and the famous portrait by Lawrence Alma-Tadema. Also exhibited are rare gifts given to Paderewski by his friends and admirers: a picture of Queen Victoria with an autograph, a triptych of “Music” by Jacek Malczewski, and a portfolio of engravings by Leon Wyczółkowski with a dedication.

The next event in the Exhibit series is an English-language lecture given by John Radzilowski of the University of Alaska SE on February 17. His lecture explores how US President Woodrow Wilson, under the influence of Paderewski, became interested in the political situation of Poland and its importance for the stabilization of international relations in Europe.

For a full schedule of events related to the Paderewski Exhibit, visit: www.mnw.art.pl.