One of the musical highlights of summer in Warsaw is the Chopin and His Europe Festival. Organized since 2005 by the National Chopin Institute in Warsaw, it presents European music from the classical era to the present time in the context of links to Poland’s greatest composer, Frederic Chopin. The concerts take place at the Warsaw Philharmonic’s Main Auditorium and the Chamber Hall, as well as in the Lutosławski Polish Radio Studio, Polish National Opera House, and in Chopin’s birthplace of Żelazowa Wola west of Warsaw. 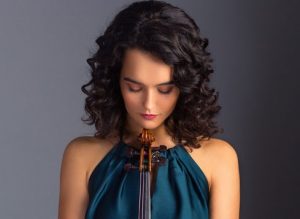 This year’s Chopin and His Europe Festival is united by the theme “From Chopin to Paderewski” and London-based Royal Philharmonic Orchestra—currently on tour—will present two very interesting programs, back to back. The first concert on Wednesday, August 29, will feature Wagner’s Polonia Overture and Paderewski’s massive Polonia Symphony. In-between these offerings, Violin Concerto by Mieczysław Karłowicz (1876-1909) will be presented with soloist Alena Baeva. 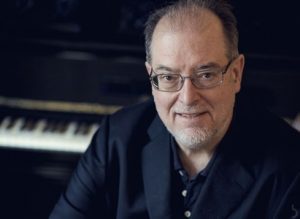 The RPO’s concert on Thursday August 30 will open with Elgar’s Polonia, Op. 76, Karłowicz’s Symphony Op. 7 and Paderewski’s Piano Concerto Op. 17 with Garrick Ohlsson as soloist. Pianist Benjamin Grosvenor will also present Elgar’s Piano Concerto (part II) on that occasion. Both concerts will be led by Grzegorz Nowak, the distinguished Polish maestro with illustrious international career who currently is the Royal Philharmonic’s Principal Associate Conductor and will take place at the Moniuszko Hall of the Polish National Opera—Teatr Wielki.

The program will also include Polish music from 19th to the 21st century. Over 120 works will be performed during the event, featuring everything from song and instrumental miniatures to known and unknown symphonic pieces and chamber music, from the opera preceding the year of Stanisław Moniuszko to works of Roman Palester and Andrzej Panufnik. New pieces for symphony orchestra, such as Polonaise by Krzysztof Penderecki and Fireworks by Agata Zubel, will also be premiered. Monographic concerts of Mieczysław Karłowicz and Ignacy Jan Paderewski will be performed by the Russian National Orchestra and the Royal Philharmonic from London.