On April 23 and 24, two premieres by Marta Ptaszyńska happened around the world. First at Chicago’s Museum of Contemporary Art on April 23, master percussionist and founding member of Eighth Blackbird Matthew Duvall and guests presented the program “Whisper(s),” an exploration of sound and volume inspired by Merce Cunningham and his collaborating partner, composer John Cage. From the MCA website:

The program begins in the theater with solo percussion works by Erik Satie, Morton Feldman, John Luther Adams, Matthew Burtner, and Yu-Hui Chang; it then moves to the upper floors of the museum, where Duvall is joined by 99 percussionists for the US premiere of Voice of the Winds, a new ambient work by composer/percussionist Marta Ptaszynska. Influenced by John Cage’s fascination with the presence of silence, this work makes an indelible soundscape by using 100 of the loudest instruments at their most ethereal. 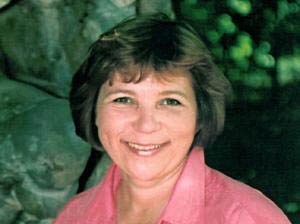 Marta Ptaszyńska’s Voice of the Winds for 100 percussionists was the centerpiece of the concert. Dedicated to the memory of John Cage and Merce Cunningham and influenced by the architecture of the MCA, the performance featured groups of percussionists positioned at various levels around the building, creating a spatial musical structure. In an interview for PWM, Ptaszyńska said that, “Voice of the Winds reflects Cage’s philosophy of treating noise as an artistic phenomenon since it recalls his fascination with silence. The percussion players perform their parts as delicately and mildly, creating music that’s ‘feather light.’” Ptaszyńska added that her work is like a “sound sculpture” inspired by John Cage and Morton Feldman, as well as by such visual artists as Jasper Johns, Robert Rauschenberg, or Mark Rothko.

Watch a brief clip of the performance on www.youtube.com.

On April 24 in Cambridge, UK, the world premiere of another fascinating new work by Ptaszyńska entitled Luna, Stelle was performed on the Cambridge Concert Artists series by four virtuoso players: pianists Vivian Choi & David Christophersen, and percussionists Dave Ellis & Derek Scurll. Their program also included Bartok’s visionary Sonata, one of the 20th century’s greatest masterpieces, as well as an arrangement of Bernstein’s iconic “Symphonic Dances” from West Side Story and Borodin’s haunting Polovtsian Dances—a rare opportunity to hear these classic works for an extraordinary combination of instruments.