A Warsaw-based musicologist, Dr. Grzegorz Zieziula,recently sent us two very interesting publications containing his scholarly articles. The first, O Słowackim—Umysły ludzi różne [About Słowacki—The Variety of Human Minds] was published by the Institute of the Polish Academy of Sciences in 2009 to coincide with the bicentennial celebrations of Słowacki’s birthday. The substantial written oeuvre of this very important Romantic-era Polish poet has been used quite often in music. Słowacki’s epic 1834 tragedy Balladyna about a mythical Slavic queen’s quest for power and the evolution of her criminal mind has been sometimes compared Shakespeare’s Macbeth. Half a century later, Balladynaserved as story line for Władysław Żeleński’s opera, Goplana, which was world-premiered in Kraków in 1896. Dr. Ziezula’s article, Wokół opery Goplana Władysława Żeleńskiego: pytania o genezę i styl [About Władysław Żeleński’s Goplana: Questions of the Origin and Style] contains much interesting detail about this very important and still little-known opera, which only recently began to return to stages across Poland.

The other book we just received from Dr. Zieziula is Music, Politics and Ideology in the Visual Arts. This 2015 publication of the Institute of the Arts of the Polish Academy of Sciences features many fascinating articles on topics ranging from “Soft anti-Turkish Propaganda in some Seventeenth Century Savoy Court Celebrations” to “The Iconosphere of Music in the Stalinist USSR and the Third Reich—A Tentative Comparison.” Dr. Zieziula’s contribution to this volume includes a well-researched and amply-illustrated article, “From Ariadne to Halka: The ‘melodrama model’ in Moniuszko’s opera.”

Following Dir. Zebrowski’s November 2016 visit and lecture about the PMC at the Gdańsk Music Academy, the Academy’s Dean of Conducting, Composition and Music Theory, Dr. Renata Skupin organized a large shipment of books that was recently delivered to us. Thanks to the unprecedented generosity of the Gdańsk Music Academy and Dean Skupin, our library is now enriched by several excellent publications from the publishing arm of the Music Academy, many of which are in English and German. The list is headed by a fascinating book by Dr. Skupin dealing with the poetics of compositions by Giacinto Scelsi and his position as a musician between the East and the West. There is also an excellent biography of composer Tadeusz Kassern by Violetta Kostka, a unique and authoritative source of information about this still little-known 20th century composer.

Editors Danuta Szlagowska and Danuta Popingis authored a terrific, richly illustrated and extensively annotated edition of works by Bernardino Borlasca—it’s the first volume of Thesaurus Musicae Gedaniensis, a publication series issued by Gdańsk Music Academy in 2016. We also received three volumes of Music Collections from Gdańsk, edited by Danuta Popingis, Barbara Długońska and Jolanta Woźniak, an encyclopedic index with a thematic catalogue of the music in manuscript held at the Gdańsk Library branch of the Polish Academy of Sciences. 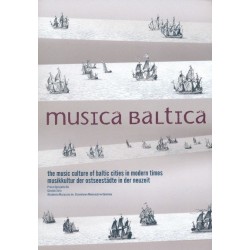 Other periodicals that were included in the Gdańsk Music Academy donation included four volumes of Musica Baltica. Published in 2000, 2004, 2010 and 2015, these volumes are filled with captivating articles on topics such as Gdańsk and European Musical Culture, Music Culture of Baltic Cities in Modern Times, and Music-making in Baltic Cities. The Music Academy also publishes a series titled Organy i Muzyka Organowa. Each of the four volumes donated to us (published in 2000, 2003, 2006, and 2014) contains several interesting articles on aspects of various historical instruments, tuning and performance practice, as well as discussions of a wide spectrum of Polish and foreign composers.

The six volumes of Muzyka fortepianowa (published by Gdańsk Music Academy in 1998, 2001, 2004, 2007, 2012, and 2015) represent a goldmine of material dealing with all aspects of piano music—from discussion of selected works by various composers to analysis of newly-discovered manuscripts and discussion of piano pedagogy. We can also find philosophical essays (“Nietzsche on Chopin” or “Phenomenology of Musical Interpretation from the Perspective of a Performer and the Audience”), articles tracing Polish influence on the music of various European composers, as well as a historical look at the piano building traditions in Gdańsk, among many other topics.

On the practical side, we also received an excellent manual for ear training, Przestrzenie wyobraźni muzycznej—Od tonalności po atonalność, authored by Wiesława Anczykowska-Wysocka, Dagmara Dopierała, Eugeniusz Głowski, Alina Kowalska-Pińczak, Romuald Szyszko and Teresa Świercz. Accompanied by 2 CDs, this publication will be of interest to all pedagogues interested in comparing teaching methods and approaches to mastering this difficult subject. 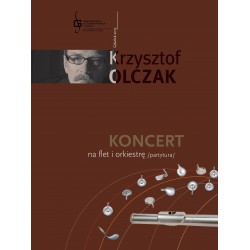 Many of these articles are in English and/or German, so accessing the impressive scholarship displayed in these publications should be easy for anyone interested in studying these sources. They certainly represent a significant addition to our collection of books and scores of Polish music. 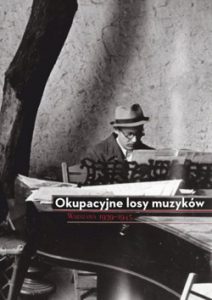 Grażyna Teodorowicz and the Witold Lutosławski Society in Warsaw sent us a beautiful two-volume publication, Okupacyjne losy muzyków—Warszawa 1939-1945 [The Fate of Musicians—Warsaw 1939-1945]. Authored by Elżbieta Markowska and Katarzyna Naliwajek-Mazurek, this 2014 publication received the prestigious Warsaw Literary Prize in 2015.

Both volumes have stunning selection of documents, photographs, and detailed depictions of lives of the leading Polish musicians during World War II in Warsaw. The fates of such composers and performers as Grażyna Bacewicz, Zbigniew Drzewiecki, Grzegorz Fitelberg, Witold Lutosławski, Andrzej Panufnik, Władysław Szpilman, Eugenia Umińska, and Bolesław Woytowicz, among others, receive a thorough and gripping exploration. In these two volumes we find Nazi-issued permits for “Exercising the Profession of a Musician” alongside correspondence, concert programs, and photos of rehearsals and performances, both public and private. Extensive, first-person narratives culled from all of the musicians represented in this book give a spellbinding insight into the everyday dangers of living under German occupation, fighting in the tragically-ended Warsaw Uprising of 1944, and ending the war with Warsaw totally in ruins and a Communist government in charge.

It would be wonderful to have an English language version of this book; perhaps this project is already in the works. Certainly, many readers worldwide—and not only those who are interested in music—should become familiar with this remarkable publication.

Mr. Wiesław Dąbrowski, president of the Ave Arte Foundation in Warsaw and director of the International Paderewski Festival in Warsaw donated to us a booklet of this year’s edition—the third—of the Festival. Held November 5-12 in several venues around Warsaw, the Festival featured a number of chamber and orchestral concerts with Polish and foreign artists as well as lectures and a variety of special presentations.

Dir. Mieczysław Kominek of the Polish Music Information Centre in Warsaw has recently sent us the Sound Chronicle of the 2016 Warszawska Jesień [Warsaw Autumn] Festival of Contemporary Music, as well as several copies of the Festival program and other accompanying items. Thanks to the rich history and the incredibly informative program notes of this Festival, these recordings and programs represent some of the most often used resources in our library. We look forward to this annual donation so that we may share it with the eager scholars and performers who use our collection.

As always, many thanks to all of our generous donors. Dziękujemy!