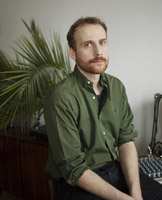 This year’s “KODY” [Codes] Festival of Traditional and Avant-garde Music (May 11-14, 2016) in Lublin, Poland will feature the world premiere performances of two new works by Polish composers who were commissioned by the Festival. First, on May 11, RÊVE RAVE will be performed by the Wojtek Mazolewski Quintet, Halina Przebinda and Kuba Mikurda. This cross-genre performance in three acts was conceived of and created by Jagoda Szmytka and co-composer Wojtek Mazolewski. 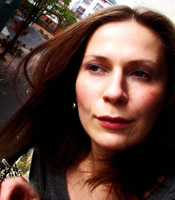 Next, the new opera Ivy Snowstalkers of Ancient Apron by Piotr Kurek with libretto by Michał Libera will be premiered on May 12 at the Centre for Culture in Lublin. It will be performed by Natalia Przybysz and Anastazja Bernad– vocalists; Hilary Jeffery– trombone; Kamil Szuszkiewicz – trumpet; Jerzy Rogiewicz and Hubert Zemler – drums and percussion. Kurek’s debut opera is a utopian fantasy about the world where people disappear every day. The plot of this science fantasy is based on Alan Weisman’s book The World Without Us.

In addition to the premieres by Polish composers, several other works by composers from abroad will be given their Polish premiere, as well as many other concerts, artist meet-ups, isntallations and dance nights.