The 2015 “Passport” Awards were announced on January 12, 2016. This year’s nominees for the coveted award—given annually to scores of professionals by the weekly magazine Polityka since 1993—were the youngest batch in its over 20 year history. During the ceremony, held at the Grand Theatre of the Polish National Opera in Warsaw, many past winners of the award were on hand to announce and support the 2015 laureates.

Harpsichordist Marcin Świątkiewicz received the honor in the 2015 Classical Music category in recognition of his “sensitivity and musical erudition, brilliant interpretations and versatility, which allow him to contribute creativly both as an outstanding soloist as well as in Baroque ensembles in Poland and abroad.” Other artists nominated in the same category were singer Barbara Kinga Majewska and pianist Krzysztof Książek. Awards were also announced in the categories of Literature, Film, Theatre, Visual Arts, Stage, and Creator of Culture. 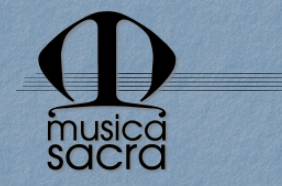 The prizes were awarded in 2 categories. All awarded compositions will be performed and recorded at the “Musica Sacra Nova” Festival in Brauweiler, Germany, and presented at the concerts in Cambridge, Vilnius and Gdańsk.

The results of the Yamaha Music Foundation of Europe 2016 Scholarship Competition in the “string instruments” category were announced on February 8, 2016. The event was hosted by the Ignacy Jan Paderewski Academy of Music in Poznań.

The scholarships were granted to: