It has been announced that the founder, artistic director and longtime conductor of the National Philharmonic Orchestra in Washington, DC, Piotr Gajewski will be feted at the Annual Gala Dinner by the Kosciuszko Foundation on Saturday, November 12, 2016. 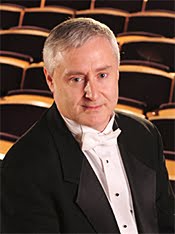 Born in Poland, Maestro Gajewski began to study piano there and continued at the New England Conservatory of Music in Boston once his family emigrated to the United States in 1969. He also studied at Carleton College and at the University of Cincinnati College-Conservatory of Music, earning his Bachelors’ and Masters’ Degrees in Orchestral Conducting. Awarded a Leonard Bernstein Conducting Fellowship at the prestigious Tanglewood Festival in Massachusetts,Piotr Gajewski spent the summer of 1983 refining his conducting skills under the tutelage of such masters as Leonard Bernstein, Seiji Ozawa, Andre Previn, Gunther Schuller, and Maurice Abravanel. Winner of several prizes and awards, including the Leopold Stokowski Conducting Competition in New York, Gajewski began his professional career as a conductor of the National Chamber Orchestra he founded in Rockville, MD in the late 1980s. Since then, Maestro Gajewski has conducted leading world orchestras and recorded several works from the contemporary repertoire for Koch International. He was recognized in 2006 with the Montgomery County’s Comcast Excellence in the Arts and Humanities Achievement Award and, in 2013, with the Knight’s Cross of the Order of Merit by the President of Poland. A polymath with a great sense of humor and piercing intelligence, Maestro Gajewski also holds a degree in law and has engaged in very successful law practice in Maryland, and served for one term on the Rockville City Council.

The Gala Dinner for Maestro Piotr Gajewski will be held at the Stateroom of the Mayflower Hotel in Washington DC on Saturday, Nov. 12. It is quite apt for the Kosciuszko Foundation to recognize this great musician who continues to inspire his colleagues and audiences in equal measure with the 2016 Pioneer Award. Congratulations, Piotr!