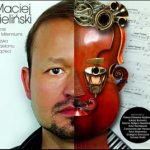 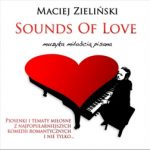 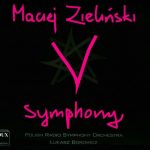 On November, Polish composer Maciej Zieliński visited the Polish Music Center and donated the following recordings of his music:  “Across the Milenniums” (Polskie Radio PRCD 1435), “V Symphony” (DUX 0988), and “Sounds of Love” (Polskie Radio PRCD 1354-1355). In L.A. for several film studio meetings, Zieliński’s works encompass contemporary classical, film, theatre and commercial music as well as written music for television programs and commercials. He is most popularly known for his soundtracks to many Polish blockbusters, such as “Tango de Amor” from the movie “Never in My Life.” As a composer and arranger, he has collaborated with many Polish artists, including Kayah, Ania Dabrowska, De Su, and Agnieszka Wilczynska, among many others. Many of his compositions have been performed at music festivals as well, namely the Warsaw Autumn Festival, the Synthesizer-Musik-Festival, the European Youth Music Festival, and World Music Days. In 2012, he was nominated for the Frederic 2012 Award in the category “Best Composer of the Year.” Zielinski has won many awards internationally and abroad, including the Tytan Award (1993), Kreatura (2000), Silver Granade (2009), and the Alan Bush Composition Prize (1999). 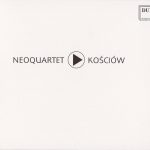 During his recent performances in Southern France, PMC Director Marek Zebrowski performed with the Neo Quartet. Out of this collaboration came a donation of the ensemble’s recent recording of “Aleksander Kościów: String Quartets” (DUX 1171). This album of works by Aleksander Kościów is an excellent example of the NeoQuartet’s mission to collaborate with contemporary composers and to make their music familiar to the wider audience. 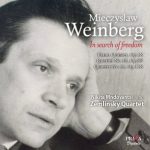 During his recent return to Southern California, Russian pianist Nikita Mndoyants—who previously won the Paderewski Competition in Bydgoszcz and subsequently served as the Gala performer for the 2008 Paderewski Festival in Paso Robles—presented the PMC with his recording entitled “Nikita Mndoyants: In Search of Freedom” (PRD/DSD 250 296).

Participants in the 2015 Paderewski Festival Youth Cultural Exchange had several new opportunities for cultural exploration during this year’s exchange, including visits to the Radziejowice Palace and the Chopin Museum in Warsaw. While in these beautiful and educational locations, PMC Director and Paderewski Festival Artistic Director Marek Zebrowski received the following donations to the PMC library:

From Monika Strugała of the Chopin Society in Warsaw:  “Chopin: Muzeum Chopina”

And finally, the PMC received an incredible new resource from the Stanisław Moniuszko Music Academy in Gdańsk. Edited by Marek Podhajski, Polish Music. Polish Music Composers 1918-2010 is a 1300 page tome dedicated to information about all of the Polish composers active during the years 1918-2010. It was co-published by the Moniuszko Music Academy and the John Paul II Catholic University of Lublin. For a listing of articles and more information, visit www.wydawnictwokul.lublin.pl.