Organized by the Warsaw branch of the Polish Composers’ Union (ZKP), the 29th edition of the Warszawskie Spotkania Muzyczne [Warsaw Music Encounters] will be held from May 9-15, 2015. WSM is one of the most important festivals of early and new music, but also the first and the only one that has made it a principle to combine these two on a regular basis. Thanks to this principle, the Festival provides an opportunity for many early music enthusiasts to get acquainted with contemporary works and discover that they “don’t bite” after all. The position in the Festival is also confirmed by the ever-growing interest of Polish and foreign musicians who submit their program offers. For many years now, the Festival has featured excellent performers and exciting repertoire, “gaining momentum” with every new Festival year and meeting the tastes of a growing number of listeners.

Below is an outline of the works that will receive their world premieres at this year’s Festival—for a full listing of the program, visit www.wsm.art.pl. All concerts are presented free of admission.

On Saturday May, 9, 2015 in the Witold Lutoslawski Polish Radio Concert Studio, the Polish Sinfonia Iuventus Orchestra with Leszek Lorent – percussion, Karol Radziwonowicz – piano and Krzysztof Słowiński – conductor will present the world premieres of: 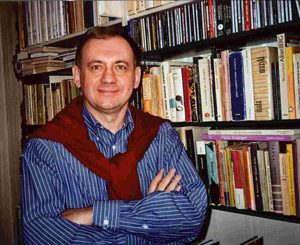 On May 13 in the Witold Lutoslawski Polish Radio Concert Studio, the Amadeus Polish Radio Chamber Orchestra with Agnieszka Duczmal – conductor and soloists Lech Bałaban – viola and Klaudiusz Baran – bandoneon will present the world premieres of:

On May 15 in the Great Assembly Hall of the Royal Castle, vocal sextet proMODERN will present the world premieres of:

** first performance – co-financed by the Ministry of Culture and National Heritage of Republic of Poland (MKiDN) within the program “Collections” [Kolekcje], spotlighting “Commissioned Compositions” [Zamówienia kompozytorskie] as implemented by the Institute of Music and Dance (IMiT)