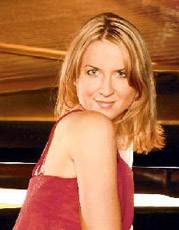 On May 5, the Polish Baltic Philharmonic will bring modern Polish music to the Teatro Comunale in Pordenone, Italy. Entitled “Beyond Chopin: Poland and Music Today,” the program is an exploration of the ‘musical geographies’ of Poland from the twentieth century to the present day, from rarely heard works such as Górecki’s Piano Concerto, to touching tributes to prominent figures in the recent history such as Penderecki’s Ciaccona. Performers joining the Baltic Philharmonic for this concert will be pianist Beata Bilińska and conductor Massimiliano Caldi.

Founded in 1945 on the heels of postwar Polish independence, the Polish Baltic Philharmonic in Gdańsk is the largest music institution in northern Poland. The Philharmonic organizes symphonic concerts, recitals, and chamber music soirées performed by the most prominent Polish musicians as well as by many world-famous artists. In the late 19th and early 20th centuries, Gdańsk, then German-administered Danzig, held the international spotlight as a point of contention between Germany, a budding independent Poland, and those proud locals who saw Gdańsk as an independent city-state, the crown jewel of the Baltic Sea. Throughout the mid-20th century, Gdańsk became the primary seaport of Communist Poland. Littered with charming architecture and wizened thinkers, Gdańsk became the location for the first initiatives and protests in the 1970s and 1980s of the Solidarnoœæ [Solidarity] movement, chaired by future president Lech Wałęnsa. This movement would soon lead to the breakdown of Communism in Poland, and contributed to the dissolution of the Second World as it was known throughout the Cold War Era.