On May 19, the National Philharmonic in Warsaw presented the concert “Zygmunt Krauze – A Composer Portrait,” highlighting the oeuvre of one of the most original Polish modern composers. The audience heard works typical of various periods of his composition output, including those coming the 1980s (Rivière souterraine, Tableau vivant) next to works created in the 21st century (Pięć pieśni do poezji Tadeusza Różewicza) and one of his most recent pieces (Canzona). 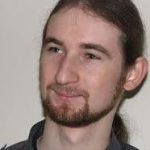 As a part of this concert, the world premiere of works by two of Krauze’s students were also heard:  Wojciech Błażejczyk’s Muzyka strun and Marcin Stańczyk’s Posłuchy. Performers for the evening were the Sinfonia Iuventus Orchestra with Ronald Zollman – conductor and soloists: Mariusz Godlewski – baritone, Wojciech Błażejczyk – electronics. 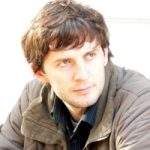 Zygmunt Krauze (b. 1938) is an important artist of his generation: a respected composer, valued pianist, educator, organizer of musical events and a judge in many international competitions. His artistic achievements and efforts in the promotion of music have been recognized with many awards and distinctions, including the French National Order of the Legion of Honour (2007) and the Chevalier dans l’Ordre des Arts et des Lettres (1984), and most recently the Knight’s Cross of the Order of Rebirth of Poland (2014) and the Doctor Honoris Causa from the Łódź Academy of Music (2015). In 1987 he was appointed President of the International Society for Contemporary Music and has been an honorary member of the organization since 1999. In 2011, Krauze became an honorary member of the Polish Composers’ Union and a year later he was awarded the title of Coryphaeus of Polish Music in the category of Personality of the Year.

As he says about his music:

The sound is individual enough to make it possible to distinguish it from the chaos of other music and other sounds. The performed composition has the ability to put time in order. (…) The beginning of each composition immediately exposes the entire range of sounds and during the piece nothing new is introduced. There will be no surprises. (…) This music creates the space for a different way of being perceived. A perfect situation would occur if the music were continually present, the listener came at the time that he or she felt convenient and left when the right moment right to do so was found.
To learn more about the composer, visit www.zygmuntkrauze.com or watch videos about the premiere of his opera Pułapka [The Trap] (www.youtube.com) and other works (www.youtube.com).