On Sunday , April 19, Polish maestro Grzegorz Nowak will lead the Royal Philharmonic Orchestra (RPO) in an unmissable matinee of Tchaikovsky’s most celebrated works. Nowak has held the role of Permanent Associate Conductor of the RPM since January 2015, before which he served as the ensemble’s Principal Associate Conductor from 2008-2015. The April 19 program will feature the incomparable Piano Concerto No.1, performed by the talented Alexandra Dariescu, and the one and only 1812 Overture, followed with a sensational firework finale to end this breathtaking gala. 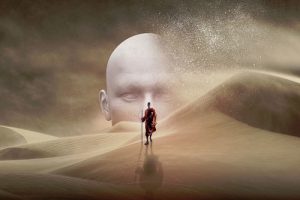 Starting May 1, the Royal Opera House will present a new staging of Karol Szymanowski’s sumptuously scored opera, Król Roger [King Roger]. According to the ROH website, “Kasper Holten’s new production (The Royal Opera’s first) finds in Roger’s indecision an expression of the struggle we all face – the struggle between intelligence and instinct in what is the innate duality of human nature.” Król Roger will be sung in Polish by an all-star cast that includes two Polish artists: baritone Mariusz Kwiecień, who has been championing the title role of this opera around the world in recent new productions, and mezzo-soprano Agnes Zwierko, who will sing the role of Deaconess. 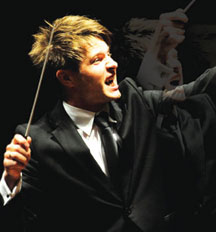 On May 3 at the Barbican Centre, Polish conductor Krzysztof Urbański will lead the London Symphony Orchestra’s International Violin Festival, featuring young violin phenome Nicola Benedetti. Winner of the 2007 Prague Spring Conducting Competition, Urbański makes his debut with the LSO in two key works of the Russian repertoire, Glinka’s whirlwind overture and Mussorgsky’s vivid evocations of visual scenes from Russian life and legend. Benedetti’s stellar career took off after she won the 2004 BBC Young Musician of the Year competition playing Szymanowski’s lyrical First Concerto, which she reprises as the centrepiece of this popular program.