The Andrzej Jagodziński Trio featuring Chicago-based singer Grażyna Auguścik will give a West Coast tour during October, bringing their unique flavor of Polish jazz to San Diego, Los Angeles, Irvine and Portland. Masters of the jazz genre in their own right, when these incredible musicians join forces, the audience is in for incredible show.

Singer, composer, arranger, and producer Grażyna Auguścik has won the praise and admiration of music critics, jazz enthusiasts and even non-jazz audiences with a singular voice that speaks a universal language. In her repertoire she utilizes Polish folk music, Latin American music and Klezmer music. She first studied guitar in her hometown Słupsk, Poland. Later she graduated from Berklee College of Music in Boston in 1992. Her singing debut took place in 1977 at a festival in Toruń. At the National Festival of Polish Song in Opole in 1979 she won in the category of first-time contestants. In 1988, Grażyna Auguścik moved to the United States, where she has performed with Michał Urbaniak and Urszula Dudziak, and many other leading jazz musicians, including Jim Hall, Michael Brecker, Randy Brecker, John Medeski, Patricia Barber, Paul Wertico, Bobby Enriquez, and others. Auguścik lives and frequently performs in Chicago since 1994. She has participated in the programs of the Jazz Institute of Chicago, bringing “traditional Eastern European music into the jazz idiom, providing a new link to the universality of the language of jazz”. In 2002, 2003, 2004 and 2006, she was declared Best Jazz Vocal by the European Jazz Forum Magazine. Auguścik has toured all over the world. Some of her albums have been highly acclaimed and popular with jazz audiences, and have consistently placed in Top 10 Charts. Grażyna has recorded 15 albums, including two with Urszula Dudziak, her fellow top-ranking Polish female jazz vocalist. She is one of the most intriguing contemporary vocalists on today’s world jazz scene.

The Andrzej Jagodziński Trio was formed by Andrzej Jagodziński (a pianist) in 1993, with drummer Czesław Bartkowski and double-bass player Adam Cegielski in the line-up. It is a jazz group with a well-deserved global reputation, which celebrates in 2014 twenty years of their musical career. The trio’s album “Chopin” was released in 1994, containing jazz arrangement of works by Fryderyk Chopin. The album contributes to the band’s great success, winning awards that included the Fryderyk ’94 Polish Music Industry Prize and the Melomani ’94 award from the Association of Jazz Fans in Łódź. 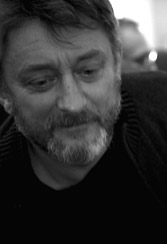 Andrzej Jagodziński born in 1953 is one of the best pianists in Poland as well as a composer and arranger. He received his degrees from the Frederick Chopin Conservatory where he studied French Horn while already employed by the Polish Radio and TV Symphony Orchestra. In 1979 Jagodziński participated in the Old Jazz Meeting Zlota Tarka and received first prize for “pianist of the year”. He has played with best jazz groups in Poland including The Old Timers, Swing Session, String Connection, The Zbigniew Namyslowski Quartet, The Janusz Muniak Quartet, The Big Warsaw Band, Quintessence, The Tomasz Szukalski Quartet, The Jan Ptaszyn Wroblewski Quartet and Jarek Smietana’s Polish All Star. Jagodziński has toured in most European countries, Australia, The United States, India, Kuwait, Cuba and the former Soviet Union and has been representing Polish jazz for the past 16 years at Jazz Yatra-Bombay, Ost-West Nurnberg, Jazz in Europe-Paris, Skane Festivalen in Malmo, Edinburgh Art Festival, Ankara Music Festival, Leverkusener Jazz Tage, Istanbul International Festival and in all the major Polish jazz festivals. 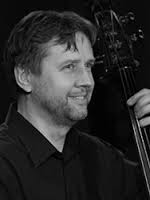 Adam Cegielski is bass player, a graduate of the Frederick Chopin Conservatory in Warsaw. With Central Heating Trio he has won prizes in The Europe Jazz Competition in Belgium and The European Jazz Competition in Leverkusen – Germany. For many years Cegielski devoted his time to jazz and classical music and played with the top-ranked Sinfonia Varsovia Orchestra, with whom he recorded several CDs. He recorded the soundtracks of Krzysztof Kieslowski’s movies “White” and “Red”, and film music with jazz trumpeter Tomasz Stanko – “A Farewell to Maria” (GOWI Records). In 1994 he received annual “Krzysztof Komeda Award” by the Polish Culture Foundation for his significant musical talent. He has been playing with the Andrzej Jagodziński Trio since 1993. Starting 1994 Cegielski has been also teaching double-bass at the Faculty of Jazz of the Chopin High School of Music in Warsaw, and since 2005 he serves as a director of this Jazz Faculty. 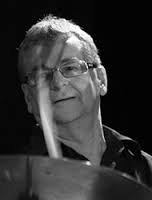 Czesław Bartkowski a jazz drummer since 1960 has earned his title asone of the most important personalities of the Polish Jazz stage. He started learning music at age of six. He made his debut as a jazz drummer in 1960 with Jerzy Pakulski “Far Quartet” and ever since he has been performing with outstanding Polish and foreign musicians. Czesław Bartkowski has been a member of many exclusive jazz formations, i.e.: Zbigniew Namysłowski Quartet, Krzysztof Komeda Quintet, Vocal Group Novi Singers, Niemen Enigmatic by Czesław Niemen, Michał Urbaniak Group, Tomasz Stańko, Adam Makowicz Unit Trio, Karolak-Szukalski-Bartkowski Trio and many others. He has been playing and recording with outstanding Polish jazz vocalists, ie.: Ewa Bem, Grażyna Auguścik, Urszula Dudziak, Stanisław Sojka as well as foreign musicians, i.e. Art Farmer, Aladar Pege, Ben Webster, Clark Terry, Joe Newman, Freddie Hubbard. Heperformed at many worldwide jazz festivals (in USA, Israel, Ethiopia, New Zealand,Australia,Japan, India and all over the Europe i.e.: Montreux, The North Sea, Berliner Jazz Tage, Molde, Comablain-La-Tour, Warsaw Jazz Jamboree). He is an Honorary Member of the Tauranga Jazz festival Society and The New Orleans Clubs New Castle on Tyne England. Czesław Bartkowski received many awards such as: I Prize at the National Cultural Students Festival in Gdańsk in 1961, III Prize at the International Competition for Modern Jazz organized by Friedrich Gulda in Vienna in1966, Golden Helicon Award, Decoration of Merit for Polish Culture (1981), Individual Prize for Worthy Contribution to Artistic Education Development awarded by the Artistic Education Center.