On 30 November 2014, the Brodsky Quartet and the Panufnik family and friends present Panufnik 100: A Family Celebration, a chamber music festival to mark the centenary of Anglo-Polish composer Andrzej Panufnik’s birth. Held at Kings Place London, the Panufnik family brings together an impressive roster of artists to celebrate the life and work of the irrepressible composer. With concerts, film screenings, talks and exhibitions, the day includes an array of events hosted by Kings Place Artists-in-Residence, the Brodsky Quartet, alongside Andrzej Panufnik’s family: his wife, Lady Camilla Panufnik, son Jem and daughter Roxanna.

Speaking on behalf of the Panufnik family, Roxanna said:

We wanted to offer unprecedented access to Panufnik the man, as well as the composer. His life spanned an extraordinarily eventful 20th century which saw him raised in post-WWI Poland, alongside the rising threat of Nazism and the fight for his and his family’s survival during WWII and the austere, all-pervasive socialist regime that followed. Amazingly, he managed to continue composing works of jewel-like clarity and intense emotion throughout – even after a hair-raising escape to the UK and through happier years with his wife Camilla and us, his children.

The festival will include performances of well-loved chamber works by Andrzej and the London premiere of a quartet written in memory of her father by Roxanna Panufnik premiered at the Cheltenham Music Festival at the beginning of July. The UK premiere of Jem Panufnik’s documentary “My Father, the Iron Curtain and Me” will be hosted by Norman Lebrecht, photographs of Andrzej Panufnik, as composer and family man, will be exhibited, and the day will culminate with a cabaret evening, led by Jacqui Dankworth and Charlie Wood.

Forged in the fires of the two World Wars, Andrzej Panufnik’s compositional output is inextricably linked with the major social and political events of the 20th century. Born in Warsaw at the onset of the First World War, he lived through the German occupation of the city in the Second World War and participated in musical resistance activities with the composer Lutosławski. Over the course of the conflict, Panufnik lost many of his closest relatives and saw his compositions consumed by the fires of the Warsaw Uprising. Initially fêted by the socialist government, he became unable to compose suitably ‘positive’ music and, accused of bourgeois decadence, made a dramatic escape to Britain in 1954. Panufnik spent the next 40 years in the UK and was knighted for his services to British music in 1991.

This Centenary Celebration will present chamber works spanning his life – from his piano trio (1934), reconstructed after the war, to his three string quartets (written between 1976 and 1990) to be performed by the Brodsky Quartet, ‘Artists in Residence’ at Kings Place. The programmes will feature complementary pieces by Andrzej’s daughter Roxanna as part of his legacy, including the London premiere of a new quartet especially written for the Brodsky Quartet. The Celebration will culminate in a 1930s Warsaw Cabaret evening, led by Jacqui Dankworth and Charlie Wood, who hope to highlight Panufnik’s ‘quirkiness and originality’. 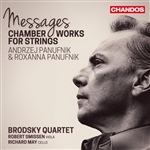 Andrzej and Roxanna Panufnik’s music is close to the hearts of all the performers, many of whose centenary recordings will be featured at the festival. Heather Shipp’s Dreamscape, of songs and piano trios, was released by Signum Records in May 2014 (Signum SIGCD380); Clare Hammond’s disc of the complete piano works of both Andrzej and Roxanna was released by BIS Records in June (BIS-2003); and the Brodskys, Richard May and Robert Smissen released a disc of Andrzej and Roxanna’s string quartets and sextets on Chandos in September (CHAN 10839 – shown at right). Paul Cassidy of the Brodsky Quartet praises Panufnik for his ‘unique voice’ and describes his music as ‘accessible, challenging, humorous and moving; attributes essential for all great music’.

All events to be held at Kings Place, 90 York Way, London N1 9AG. Tickets are available from the Kings Place Box Office: 020 7520 1490  or www.kingsplace.co.uk/panufnik. Day Pass: £30. There is a free Panufnik boxed set including CD, DVD, audiobook and extensive booklet, for the first 20 Day Pass purchasers (not available commercially). 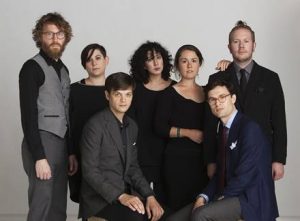 Presented by the Polish Cultural Institute New York at the (Le) Poisson Rouge on November 18, the American Contemporary Music Ensemble (ACME) celebrates the centennial of the iconic Polish composer Andrzej Panufnik, performing his String Quartet no. 2, Messages (1980), and the Song to the Virgin Mary (1964, arr.1987), a work originally for a cappella voices which the composer arranged for string sextet. Panufnik’s Messages recalls the composer’s childhood experience of pressing his ear to telephone poles and listening to the sounds of the suspended wires in the wind, which he considered one of his earliest artistic pursuits. Again drawing on memory, in Song to the Virgin Mary Panufnik recalls Polish peasants devotion to the Madonna in a work that invokes both folk music and plainchant. ACME will pair these works with two pieces by composer Aleksander Lason, his String Quartet no. 4 and Deciso e affetuoso for solo cello. The program covers four decades of strikingly beautiful Polish chamber music.

Other Panufnik Events Around The World 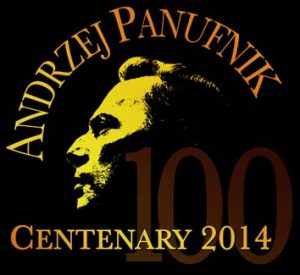 Below are the highlights of Panufnik Centenary events happening worldwide in November: