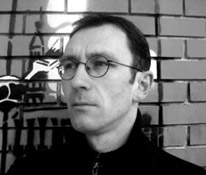 For a number of years the Katowice Music Academy has organized the Brand New Music Festival. Between the years 2001-2006 the Festival consisted of a conference and a single concert staged for the local composers and theoreticians. Held triennially, since 2009 the Festival began to invite special guests (including Per Norgard and Louis Andriessen) and commission works from young Polish composers (including Sławomir Kupczak, Adrian Robak, Marcin Stańczyk, Dobromiła Jaskot, Karol Nepelski, and Krzysztof Wołek).