An Obituary of Stefan Wenta
by Marek Zebrowski

Stefan Wenta, a world-renowned dancer and choreographer, author, chess master and bibliophile, died in Los Angeles on August 8. He was 92 years old.

Dance was his passion and destiny. Although in his rich and eventful life Wenta’s accomplishments spanned many different artistic endeavors, Terpsichore was his ever-present muse and guiding light, and he her lifelong and dedicated servant.

As an ambitious young fellow who first took odd jobs to pay for his dance lessons, Wenta survived World War II in his native region of Kaszuby, near the city of Gdańsk. After the war, Wenta’s first professional assignment as a dancer was in the Silesian city of Bytom. His star rapidly rising after appearances in Lakmé and Coppélia, Wenta next conquered Warsaw, where he soon became the principal dancer and choreographer of Warsaw’s National Opera and Ballet Theater, performing title roles in Prokofiev’s Romeo and Juliet and Tchaikovsky’s Swan Lake, among others. 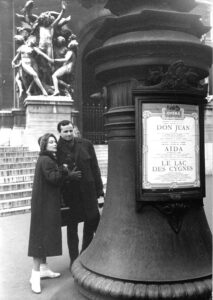 Following the late 1950s political thaw in Poland, Wenta received a scholarship from the Ministry of Culture to study in Paris. With other luminaries (including director Roman Polański, actors Zbigniew Cybulski and Bohdan Kobiela, and dance partner Olga Sawicka), Wenta travelled to the French capital where his stage career took another giant leap forward. Partnering with Paris Opera’s Yvette Chauviré (France’s greatest ballerina and 1964 Légion d’Honneur recipient) and Lycette Darsonval (director of Paris Opera Ballet School and Ballet de Nice – pictured at right with Wenta, ca. 1960), for the next few years Wenta performed on tours throughout India, Indonesia, China, Africa and all across Europe.

In the early 1960s, Wenta and Polański arrived in Southern California. Soon, he became the Artistic Director of the Western Ballet of Los Angeles and later of the Wenta Ballet. In addition to performing and choreography, Wenta’s decades-long dedication to teaching classical ballet to an exceptionally broad audience confirmed his passion for dance and marked his lasting influence on dance in America. Wenta’s choreography can be seen in the comedy action flick In Like Flint (1967), the futuristic Logan’s Run (1976), and Warren Beatty’s iconic Reds (1981). He also appeared in an acting role alongside his friend and devoted student, Patrick Swayze, in One Last Dance (2003), a tale of a New York City ballet company on the brink of collapse.

After living in Buckminster Fuller’s geodesic dome house in the Hollywood Hills, in the early 1990s Wenta moved to a quiet street in the studio area of Culver City. He converted a small and unprepossessing house into a spacious and comfortable dwelling and its extensive backyard into a jungle of exotic plants. Hidden among the evergreen maze were several small pavilions, each lined with bookshelves filled with books on every conceivable subject in many different languages.

A polyglot himself, Stefan Wenta spoke his native Polish with a typical Kaszubian accent and an equally fluent, unaccented German. Well-versed in French, he also wrote two books in English, one a roman-à-clef that dwells on his early years in Los Angeles, the other being a more traditional memoir. Hopefully, these fascinating texts will one day entertain a wider audience of fans of this extraordinary and very talented man.

Aside from dance, music was Stefan Wenta’s other great love. His thorough knowledge of classical repertoire was coupled with strong preferences for specific interpretations, especially when it came to piano music and his beloved Chopin. Wenta Ballet’s series of performances of Fantasy à la Mazurka to live piano accompaniment at the Ivar Theatre in Hollywood or his choreography for Fantasy on Polish Airs presented by the Luminario Ballet at the Ford Amphitheatre are but two examples of Wenta’s great devotion to Chopin’s music.

Moving in LA’s highest musical circles, Wenta befriended two émigré fellow Poles and Hollywood composers, Henry Vars and Bronisław Kaper, who began their careers in Europe in the late 1920s and continued in the U.S. after World War II. Particularly close to Vars, in 1977 Wenta choreographed his friend’s last orchestral work, Maalot, and this ballet was shown to the composer shortly before he died.

Throughout five decades of teaching, Wenta gathered a flock of deeply loyal and devoted students. Apart from his Paris-based daughter, Nathalie, several of Stefan’s longtime dance apprentices became his de-facto family in Los Angeles, generously taking care of the maestro’s needs and lovingly tending to him until the very end. Referring to his dance classes in Polish as wykłady [lectures], Wenta was an endlessly encouraging and highly demanding maestro who believed that striving for perfection is perfection itself. Inseparable from his walking stick, he would tap out rhythms and conduct the pianist at his dance studio, use it constantly to straighten his dancers’ backs and legs, and employ expressive gestures to demonstrate correct head and hand positions. Deeply caring for his charges, he rarely cancelled classes and actively taught for many years at the mid-city MiMoDa Studio until shortly before his death.

A great fan of sports, Wenta would race home to watch the Lakers as often as he could and, during other times of the year, would religiously follow tennis. Attending film premieres was another favorite pastime, especially in later years when he could receive senior citizen’s discounts and manage to smuggle a younger student or friend into a theatre as well.

His house and garden were often used for huge parties, where troupes of young dancers mixed with assorted Hollywood celebrities and visiting foreigners. On such occasions the host would personally provide specialty Polish foods sourced from a (now non-existent) Santa Monica store, whilst everyone else contributed wine, champagne and beer. As evenings fell over his Culver City neighborhood, a happy hum of invited guests drifted out from the lantern-lit garden well into the small hours.

When such parties finally began to break up, one could find Stefan leaning over his chessboard on the kitchen table, contemplating a killer move that would invariably doom his adversary. For those rare matches ending up in a draw, the lucky challenger would be favored with another invitation, maybe even a fine meal followed by several rounds of chess.

The love of good food and a carefree life often spurred Stefan Wenta to jump into his car and race over the border to Mexico for his favorite margaritas and the Mariachi bands. Accompanied on such expeditions by friends like Steve McQueen and James Coburn (whom Stefan always called Jimmy), as well as by various students, he would explore all kinds of restaurants, bars and dives between Rosarito Beach and Ensenada. Wenta’s jolly entourage would gallivant alongside country lanes and beach boulevards in search of a perfect watering hole where just the right tequila could be found.

Back home, on many a Sunday Stefan Wenta could be seen at the open-air chess tables near the Santa Monica Pier. Parked there for the day and usually facing some hapless and disappointed rivals also hailing from Eastern Europe, his final Sunday ritual would be a long swim in the chilly Pacific. Unfazed by cold water or high surf, he would emerge from the bracing experience with a wide smile and open arms, the blue ocean waters sparkling behind him in the afternoon sun. 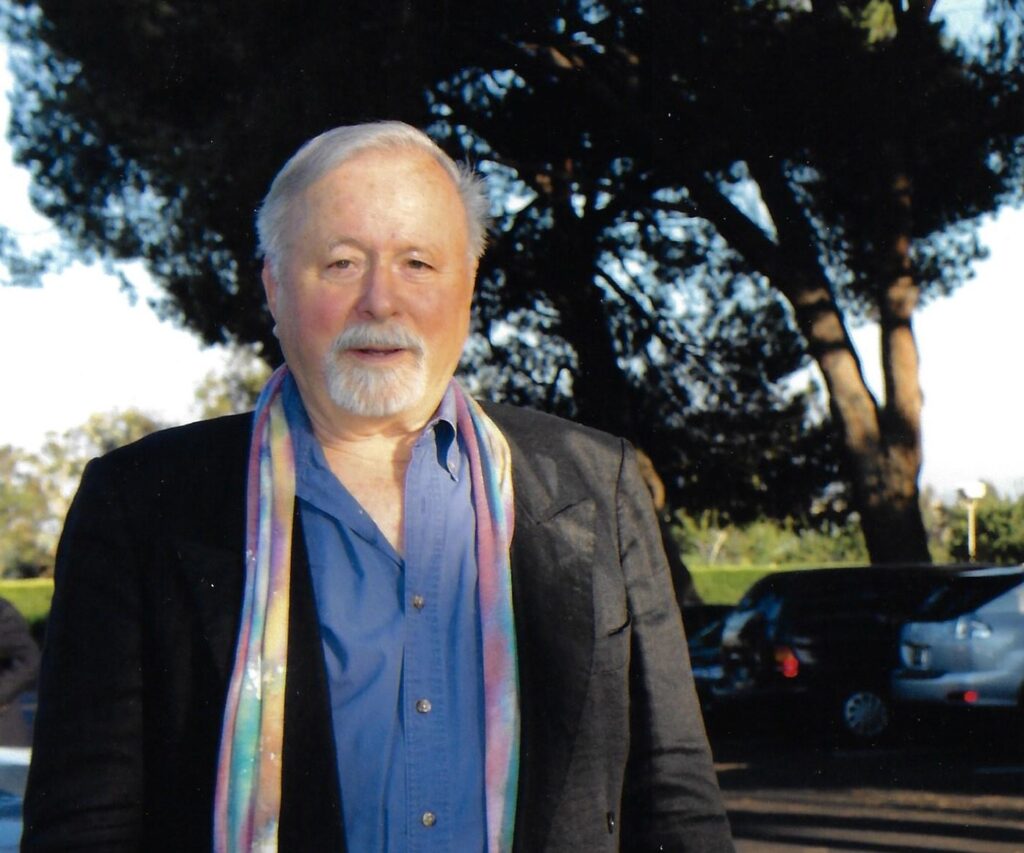 [All photos courtesy of Charles Evans Jr., Used by permission]