The fundamental mission of the Jerzy Semkow Polish Sinfonia Iuventus Orchestra is to promote Polish historical and contemporary music. The ensemble finds great joy and satisfaction in participating in first performances of musical pieces.

The upcoming concert on October 30 at the Witold Lutosławski Polish Radio Concert Studio in the Mokotów suburb of Warsaw is one of those exciting occasions: it will feature the first performance of Alinea, a new piece by Hanna Kulenty created under the “Composition Commissions” program implemented by the Institute of Music and Dance. 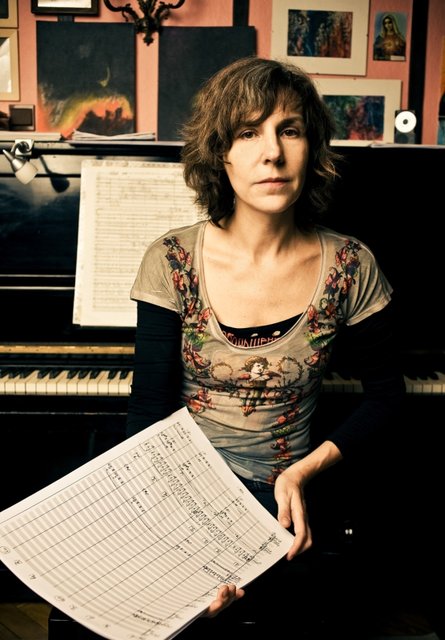 Hanna Kulenty is one of the most interesting personalities of the Polish contemporary music scene. The composer’s extensive and varied output includes compositions for solo instruments, emphasizing their potential to “manifest reality and unreality,” with soloists usually accompanied by a large orchestra.

Alinea refers to the concept of the concerto, but in this case the genre is merely conventional and fluid, serving the music- and experience-related layer. The piece consists of one part, built on a dialogue between melodic lines of a clarinet and a piano, which are accompanied by a large orchestra. The main pseudo-tonal theme, clearly heard in the solo parts, is a dialogue between two worlds. The soloist for the premiere of this extremely attractive premiere will be Roman Widaszek, a charismatic and versatile clarinet virtuoso with an impressive number of concerts and recordings in his portfolio.

Apart from the awaited premiere of the new piece, the audience will also hear two other attractive compositions: the concert suite of Jean Sibelius’s Pelléas et Mélisande (1894) and Wolfgang Amadeus Mozart’s Italian-styled Symphony No. 32 in G Major. The concert will be conducted by George Tchitchinadze – one of the most popular Georgian musicians, who has won great acclaim from audiences and critics due to his impressive musical skills, taste, imagination and, at the same time, the warmth and sensitivity in his interaction with listeners and musicians.

First part of the concert (Mozart, Kulenty) is available on the Sinfonia Iuventus YouTube channel and at www.sinfoniaiuventus.pl.