New Items in the Ryterband Collection

We were recently visited by Diana Eisele (pictured above), the daughter of Roman Ryterband, who has served as an endless fount of enthusiasm and assistance for building and organizing her father’s collection at the PMC. She came bearing wonderful news—several manuscripts and other materials regarding some of her father’s most beloved works had been returned to the family by a publisher, and these materials were immediately added to the Ryterband Collection under our protection.

Works included in this most recent donation are: Sonata for Two Flutes and Harp; Double Flute Quintet; Deux Sonnets de Suite Marine for contralto, harp and flute; Deux Images for harp solo; and Trois Ballades Hébraïques. Although we already had some materials for all of these works, this gift included new manuscripts of works for which we previously only had xerox copies, as well as notes from the composer and other musicians regarding approved corrections to published scores and other precious information. These materials will prove invaluable to future researchers, publishers and performers.

In April, Ms. Trudy Ossowski sent us a very interesting donation comprised of music-related books previously belonging to members of her family who have recently passed away. These book collections had been the property of Walter Ossowski and his son, Jerry Ossowski, who were both multi-talented musicians active in the Philadelphia area. Those familiar with the PMC’s library collection may recognize Walter Ossowski’s name, as he had previously donated an extensive collection of choral music to the PMC during his lifetime. 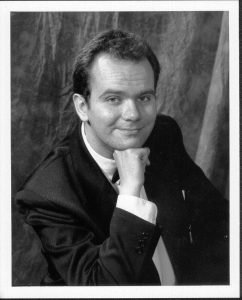 Recently, we received three interesting items from Betty Harford-Naszódy, a longtime PMC friend in Santa Barbara area. They include the pristine first edition of Casimir Wierzynski’s, The Life and Death of Chopin, as well as an album of Chopin’s most popular solo piano works, published by Schuberth on 1945, and a brochure about Lotusland—a palatial Montecito residence and gardens of Polish opera singer, Ganna Walska (1887-1984).

Dr. Roman Salyutov, concert pianist as well as Chief Conductor and Artistic Director of the Bergisch Gladbach Symphony Orchestra in Germany, paid us a visit in early May. He took this opportunity to present us with a CD titled “Adoration” and recorded by violinist Krzysztof Zimowski and pianist Jarosław Gołembiowski. The disc features several transcriptions for violin and piano of Chopin’s most popular solo piano works as well as original compositions by Henryk Wieniawski, Felix Borowski and Jarsoław Gołembiowski.