The “Stage for Polish Music” project—implemented by the Institute of Music and Dance (IMiT) in partnership with the National Philharmonic in Warsaw and other Polish arts institutions—continued into February with a performance of 20th-century vocal works by the proMODERN vocal sextet at the Warmian-Masurian Philharmonic on 6 February in Olsztyn.

Three Sonnets by Stanisław Moryto, dedicated to the composer’s wife and created shortly before his death in 2018, were written especially for the proMODERN ensemble. Also performed during the concert was Tadeusz Paciorkiewicz’s cantata Orpheus in the Woods (based on the poem by Krzysztof Kamil Baczyński), Two Motets by Roman Padlewski, Lord Tennyson Song  and 10 Polish Folk Songs on Soldier Themes by Witold Lutosławski, Song to the Virgin Mary by Andrzej Panufnik, and Three Songs by Tadeusz Baird. 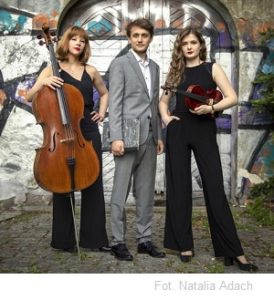 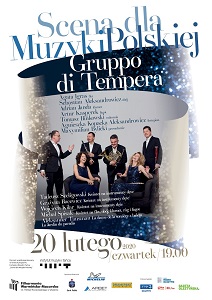 Tadeusz Szeligowski’s Quintet for Wind Instruments seduces with a serene, almost fairy-tale atmosphere. Wojciech Kilar’s Quintet is distinguished by its tireless motor skills and melodic references to folk music. Quintet for Wind Instruments by Grażyna Bacewicz was written during a scholarship in Paris, and the Society Aide aux femmes de professions libres distinguished it with the first prize in the Competition for composers. The classical Quintet for flute, oboe, clarinet, horn and bassoon by Michał Spisak is considered by researchers to be one of the best Polish wind quintets. The lively “La danse de la sorcière” from the ballet La Jardin du paradis by Alexander Tansman will finish the concert.