For this year’s Paderewski Lecture-Recital, the Polish Music Center presents the final draft of 3 Paderewskis, a new one-act opera created by playwright Oliver Mayer and composer Jenni Brandon, and directed by David Bridel. Conceived of as part of IAM’s Paderewski Musical Project in 2017, 3 Paderewskis celebrates the legacy of Ignacy Jan Paderewski as not only one of the world’s most famous turn-of-the-century musicians and a great patriot who was instrumental in returning Poland to the map after WWI, but also a husband, wine maker and lover of life. Now in its full 60-minute iteration, 3 Paderewskis will be first performed at USC in Los Angeles on October 12 alongside a discussion with creators Mayer and Brandon. Interweaving the complexities of Polish music and history with gorgeous original composition and reflections on modern political realities, 3 Paderewskis is a journey not to be missed—join us for this exciting premiere event! 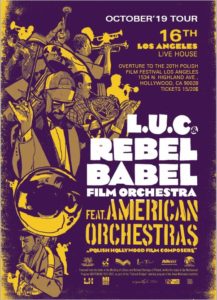 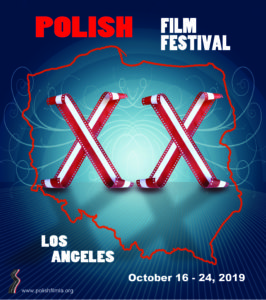 Launched with a star-studded Opening Gala at the Egyptian Theatre, the Polish Film Festival in Los Angeles will be held from October 16–25. This annual celebration of Polish Cinema features screenings, events and Q&As with creators and stars taking place across Los Angeles.

Lukasz Yoder has played piano since the age of four, and spent his early formative years under the tutelage of his mother, pianist Roza Kostrzewska Yoder. Supported by a full scholarship, Lukasz is a first year student with Professor Inna Faliks, Chair of the Piano Department at UCLA, and continues to be privately mentored by Garrick Ohlsson, as well as his mother. Grand Prize Winner of the Lansum International Music Festival, Lukasz is a top prizewinner of the Beverly Hills National Auditions, Claudette Sorel International Piano Competition in Fredonia, New York, Classics Alive National Auditions, The Kosciuszko Foundations National Chopin Competition in Washington D.C, The International Chopin Competition in Hartford, Conn., Glendale Piano Competition, MTAC, MTNA, CAPMT State Finals, and the statewide Kathryn Gawartin Chopin Competition. 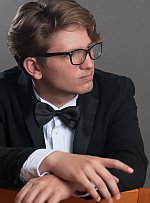 Lukasz has received numerous accolades for his “revolutionary” performances marked by their “controlled intensity”. His program will include works by Chopin and Bacewicz.