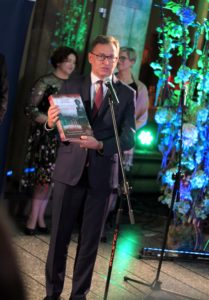 The 41st annual conference of Polish Museums, Archives and Libraries [MAB] was held September 14-18 in Lublin. Hosted by the John Paul II Catholic University [KUL] and the Lublin branch of the National Remembrance Institute [IPN], the conference officially opened with addresses of the University President Fr. Dr. Antoni Dębiński and the IPN Director, 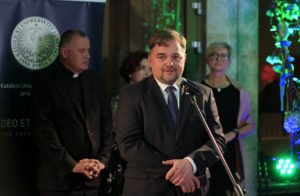 Jarosław Szarek (pictured at left). Also present at the opening of the MAB conference was Dr. Paweł Pietrzyk (pictured at right), director of State Archives in Warsaw, which celebrated its centennial this year.

The first day of the conference—held in closed session at KUL (pictured below)—included ratifying the minutes of the 2018 meeting and introducing the newly designed MAB web page. Significant amount of time was also devoted to discussing new rules MAB institutions will face when applying for financing from the Polish government. Representatives of Poland’s Ministry of Culture and National Heritage were on hand to explain the new application procedures. 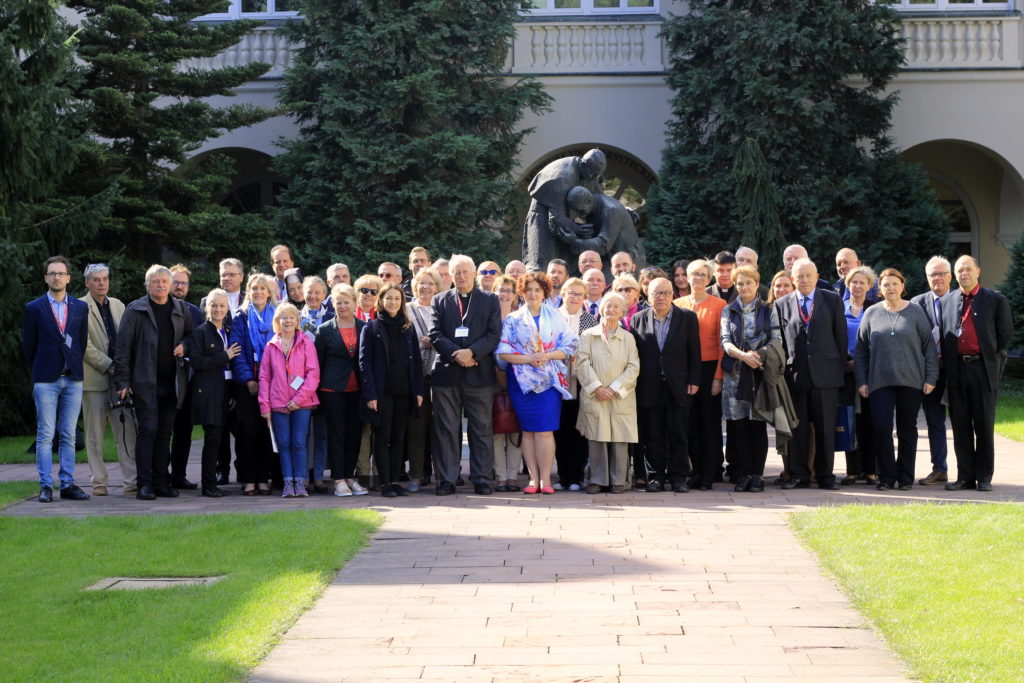 The open sessions of the conference began on the following day at the Lublin branch of IPN. Małgorzata Goddard opened the proceedings with her lecture on records held in the Polish Section of British Ministry of National Defense. Dr. Dobrosława Platt from London’s POSK discussed the exhibits and publications produced there in commemoration of Poland’s centenary of independence. Marta Bryszewska from the Domeyko Library in Buenos Aires spoke about materials on Poland’s independence held there and Dr. Teofil Lachowicz, representing Polish Army Veterans in America discussed the Polish volunteer army in the US during the waning years of WW I.

Another day of the conference opened with a large representation from the Polish Museum of America in Chicago. Directors Małgorzata Kot and Ryszard Owsiany together with Edyta Targońska spoke on the Paderewski Room (and the sizeable collection of memorabilia) held at the Museum. Stefan Władysiuk (Polish Library in Montreal) spoke of the history of bells cast for the Polish Pavilion exhibit at the 1939 World Fair in New York. Fr. Dr. Krzysztof Dorosz spoke of the Jesuits active in Polish independence movement in 1918, whilst Dr. Jacek Barski and Katarzyna Salski (Porta Polonika in Bochum) spoke on the national consciousness of Poles in German-partitioned Poland at the beginning of the 20th century. 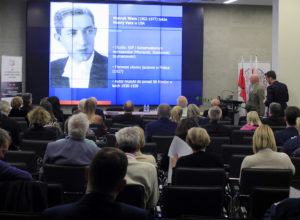 The Polish Music Center was represented at the MAB conference by Marek Zebrowski.  After a brief introduction on the Center’s history and activities, director Zebrowski introduced the conference participants to the lesser-known works by Polish composers held in the PMC’s manuscript collection. Beginning with Henryk Wars (known in America as Henry Vars), Mr. Zebrowski spoke about Vars’s symphonic music that came to light only about 20 years ago and was since performed on numerous occasions and recorded just last year. Moving to Bronisław Kaper—the first Polish composer recognized with an Academy Award for his score to the 1953 film, Lili—Zebrowski discussed other rare film scores by Kaper held in the PMC archives.

At the end of his presentation, Zebrowski discussed the recently donated archive of music, photographs, concert programs and artwork pertaining to Roman Ryterband—pianist, composer, conductor and organizer of musical life in Switzerland, Canada and America. Recognized for his musical contributions everywhere (except in Poland where Ryterband is almost completely unknown), the time has come for his accomplishments to be shared with audiences in Poland. To this end, later this year, the Ryterband family and the PMC are organizing a series of events in his native city of Łódź, commemorating the 40th anniversary of the composer’s death. Łódź Music Academy will host a conference, concert and the unveiling of the memorial plaque on the building where Ryterband was born in 1914.

Besides many interesting papers and fascinating discussions in-between sessions, the other attractions of the conference included side trips to the Zamoyski palace of Kozłówka, about 25 miles outside of Lublin, sightseeing of the Lublin Castle with its incredible chapel decorated in Byzantine-style frescos, and a walk around the city’s historic old town, that included stopping by the house where Henryk Wieniawski was born.

To accompany the MAB conference, the IPN produced an exhibit, Polonica emigracyjne [Polish materials abroad] curated by Paweł Zielony. Each of the MAB member institutions was represented by photographs and brief histories that were also assembled into a very attractive catalogue.

Immediately after the MAB conference, the 20th General Conference of Polish Historians was held in the Lublin convention center. Attended by such luminaries as Prof. Norman Davies and Robert Frost (both fluently addressing the audience in Polish), the event also included a visit of Poland’s President, Andrzej Duda who decorated several MAB members with the highest honors of the Republic.

Learn more about this conference and all sessions at www.mabpz.org

[Note: All photos courtesy of Sister Julia from the John Paul II Center in Rome]